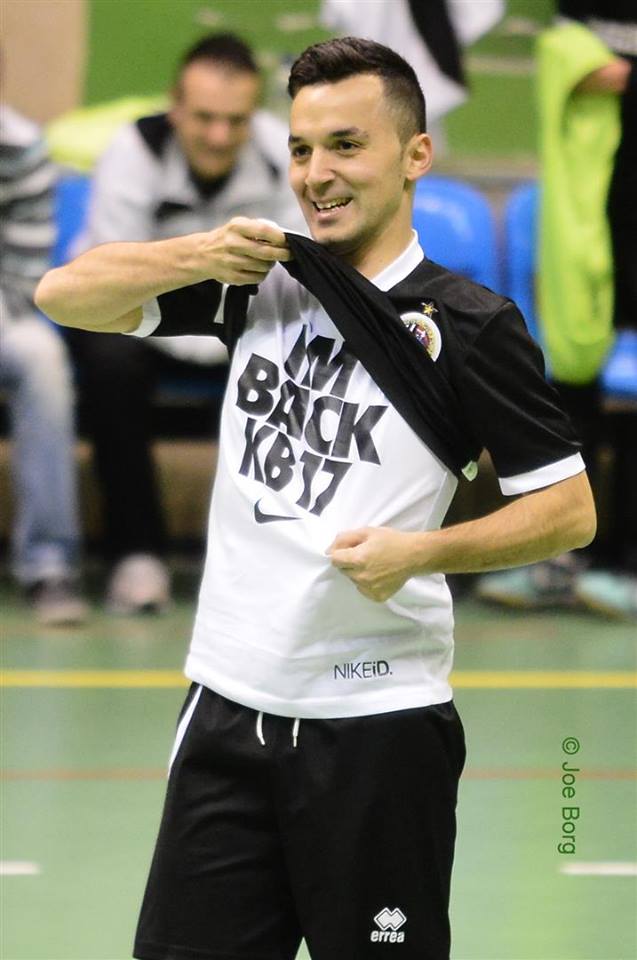 Hibernians’ nippy striker Kurt Bartolo capped his long awaited return from injury by scoring a hat-trick and helping his side to an impressive 21-6 victory over Zurrieq.

Bartolo  completed the last stage of his recovery from an operation and contributed to his side’s victory.

For the Paolites this was their twelfth victory which keeps them in a comfortable position at the top of the FXDD Premier Division three points ahead of Luxol and four from third-placed Balzan.

Hibernians dominated from the beginning and there was no match for Zurrieq who found it hard to stop their opponents furious attacks.

Hamrun Spartans returned to winning ways after seeing off Luqa 8-4 to climb fifth in the  table.

After finding themselves down, Hamrun made a swift reaction and scored five goal without reply. Luqa tried to make a reaction by scoring another three goals but the Hamrun rearguard defended well to secure the victory.

Cristian Cuadros Silva, Mohammed Elamari, Gustav Baldacchino and Christian Cacciatolo were among the scorers for the Spartans with Luqa scoring through Justin Muscat, Andrew Scerri, Mark Buhagiar and Joseph Meilak.

Birzebbuga obtained their first win of the season after beating Swieqi 5-2 in a match between two teams that are struggling in the league.

A brace by Jovil Abela, Aaron Dalli, John Babbatonn and Haitam Saghaib gave the three important points for the Southsiders who reach Swieqi in the four point mark.

Darren Agius and Christian Hurtado reduced the arrears for Swieqi.