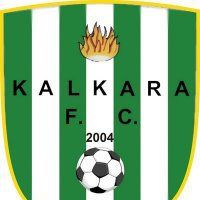 Today we take a look at the seventh team who is participating in the FXDD First Division Futsal league: Kalkara FC.
Kalkara Futsal was formed in June 2012 following the amalgamation with Xtreme F.C. The latter had been participating in the MFA futsal league for the past 7 years although the actual name of the team had changed a couple of times throughout the years. The initial objective of the team was to re-unite a group of friends that used to play 11-a-side football together. Over time various changes were made to the squad in order to become more organized and competitive.
Kalkara Futsal participated in the 3rd Division during last season. The first season proved to be very tough initially, whilst getting accustomed to indoor games however we ended the season joint 5th.
Following some re-structuring in the format for the 2013/2014 season, Kalkara will be participating in the 1st division during this season. No particular objectives have been set for this season. In fact, due to the league’s format changes they are reassessing their squad against their new opposition.
Despite all this Kalkara’s main aim is to give a strong challenge their opponents whilst building the basis for a strong team.
This is Kalkara’s squad for this season:
Goalkeepers
Stefano Lazze
Anthony Aquilina
Jason Cutajar
Defenders
Garreth Fenech
Matthew Buttigieg
Keith Attard
Karl Muscat
Claudio Camilleri
Roderick Vella
Clayton Saliba
Forwards
Brian Deguara
Andrew Cole
Robert Attard
Vaughan Barnes
Thomas Galea
Aaron Caruana
Duncan Bonello
Coach
Kevin Loughborough
President
Matthew Buttigieg
Secretary
Keith Attard
Treasurer
Karl Muscat 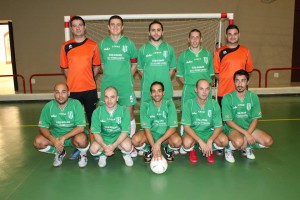