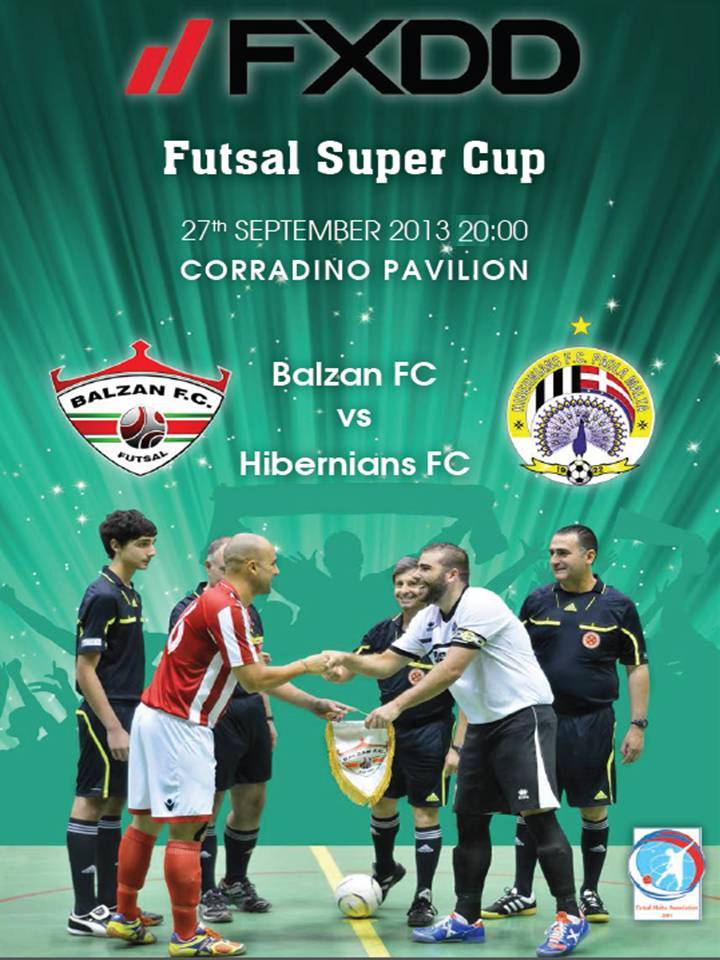 The much awaited FMA Super Cup Final between Hibernians and Balzan soon kicks off.  The protagonists and their fans together with the FMA members are looking forward for this fantastic match.

Hibernians, Champions of last year’s season, are coming back from their positive experience in Finland during the UEFA Futsal Cup.  Hibernians’ squad has been revamped with new players such as the Maltese National Players Brian Baldacchino, Kurt Bartolo and Daniel Brincat coming from Floriana FC.

Balzan, FMA Cup Winners are also looking forward for this FMA Super Cup final to win the cup for the second consecutive year.  Balzan are aiming high like they did in the past years.  Balzan will be under the guidance of Romanian National team player Gabriel Dobre as the team Coach and player as well .  With him his compatriot Emil Raducu, Nicholas Farrugia and Chris Wismayer all coming from Tarxien Futsal, Jovica Milijic and Rennie Tanti from Lija Athletics and Marc Anery Albert who forms part t of the Catalunya National Futsal Team.

We hope to see an interesting match from these two local futsal giants.

Match kicks off at 8pm and we would like to have a high level of attendance at the Corradino Sports Pavillion.