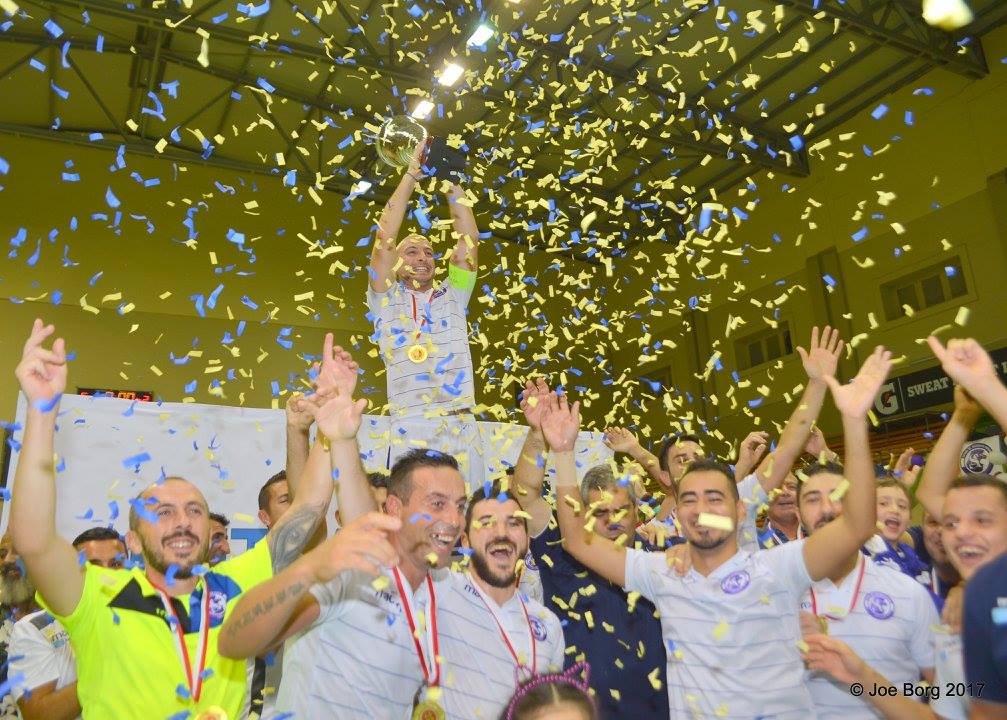 Another honour was added to Luxol St Andrews as they opened the futsal season with a win of the Super Cup Final against Hamrun Tre Angeli. Both teams played good level futsal and gave an entertaining match to those present at the Corradino Sport Pavillion.

Hamrun gave an early shock when captain Jason Mifsud opened the score after only five seconds.  A minute and a half later, ex Hamrun Rogerio Dos Santos responded back  by levelling the matters. Goals from Emil Raducu, Glenn Bonello and George Frendo upgraded the score to 4-1 before the end of the first of half.

During the first two minutes of the second half, Rogerio Dos Santos extended the lead by scoring twice for Luxol. This moved on Everton Dos Santos to take his turn and score a brace giving a much more respectable deficit for Hamrun Tre Angeli. It seemed that Luxol wanted to tighten their grip to the Super Cup as they showered more goals through Emil Raducu, Mark Zammit and Zvezdan Vukovic.