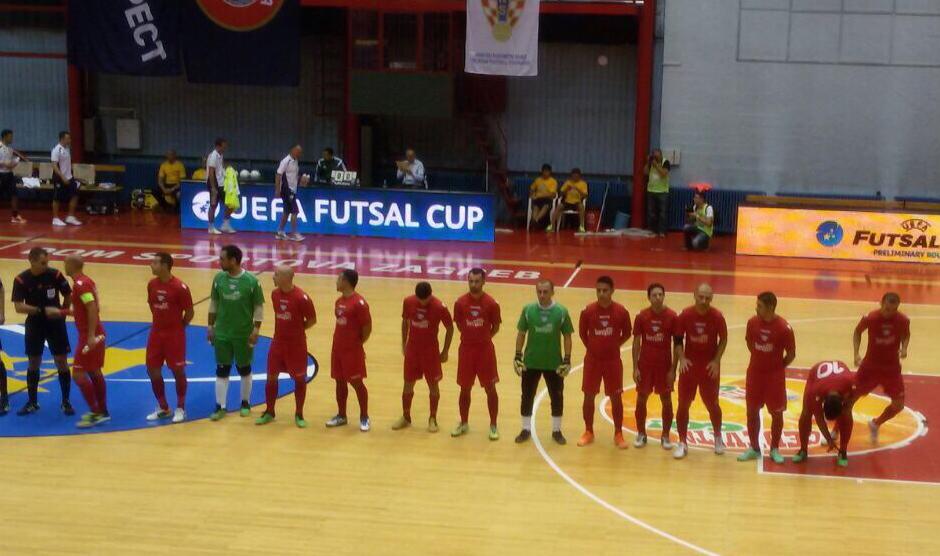 Balzan started off on the wrong foot, when conceiving an early goal from a defensive mistake.  Balzan tried to remedy the situation when Emil Raducu equalized after four minutes play.

Surely it wasn’t the day for the goalkeeper Nicholas Farrugia and his team mates, as consecutive defensive mistakes made it easy for the Croat Champions to score.

Balzan’s player coach Gabriel Dobre, also tried to take control of the situation, by calling a time out after the third goal, changing Nicholas Farrugia with Matthew Xerxen and introducing Raducu as the additional player being the flying keeper.

This strategy didn’t work as the opponents kept on scoring more goals.

Balzan scored through Raducu who was the best player for Balzan and gave a hard time to the Croat goalkeeper Dragan Lukic.

Safar, one of Balzan’s new comers, also had a good game and scored the second goal.