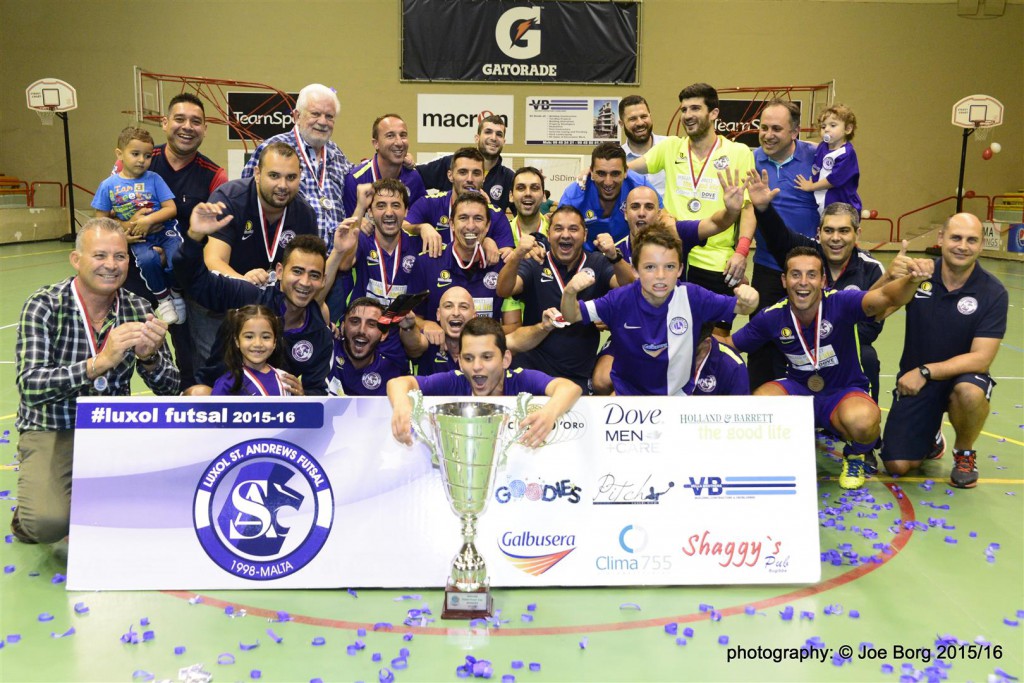 Luxon won an exciting, challenging and thrilling game against an energetic demanding team of Valletta. Through a final result of 9-5 (aet) Luxol achieved the first title of the season.
This was the first Super Cup Final for the Citizens, who came out with raised heads as they continued fighting their opponents till the final seconds.
Jovica Milijic put Valletta on the lead while a brace from Denis Di Maio increased the advantage. Carl Azzopardi shortened the difference and the half time score was 3-1.
In the second half, Luxol had a tremendous come back as they came all forward using Frane Despotovic as flying keeper.
Valletta resisted Luxol’s pressure as Dylan Musu scored two more goals.
Luxol remained using the flying keeper successfully and achieved their aim of leveling the matters. This was done through Glenn Bonello’s brace and goals scored by William Barbosa and Carl Azzopardi.
Due to the balanced result, the winner had to be declared after the extra time with Valletta’s Dylan Musu taking the role of a flying keeper.
This move led to a transformation of the result as Luxol had their turning point time when going for the first time on the lead through a freeshot scored by Frane Despotovic. Luxol definitely took advantage and scored three empty goals by William Barbosa, Frane Despotovic and Carl Azzopardi.
In the final seconds, Valletta had to cease in front of Luxol who came out breathless as winners.
Finally FMA’s President Mark Borg presented the Super Cup to Luxol’s captain William Barbosa, with the latter raising it high amongst his team mates’ celebrations.