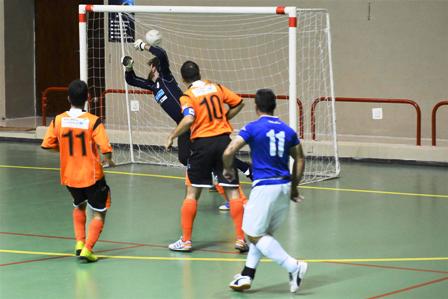 It was a very tight and interesting game where Melita found the winning goal at the very last fraction of the game.

Vittoriosa are still without points, while Melita now have 6 points together with Luxol, Balzan, San Gwann, Pembroke and Qormi.

On the same date, Luxol turned to winning once again by beating Hamrun Spartans 6-3.

In the first half Luxol put them down to 3-2 with goals coming from Karl Saliba and Florin Anton.

The same Florin Anton lost the opportunity to close the first half at equal when he hit the bar from the second penalty spot.

In the second half it was Luxol’s turn to take the lead and they scored by Eslam Kalifa, Florin Anton once again, Dean Gera and Basil Emeka Onuta.

An important victory for Swieqi United against Zurrieq with the final score 5-3.

For Swieqi United it was their first victory in thei Premier Division.

Another important 3 points for Marsascala when they won against Siggiewi 3-1.