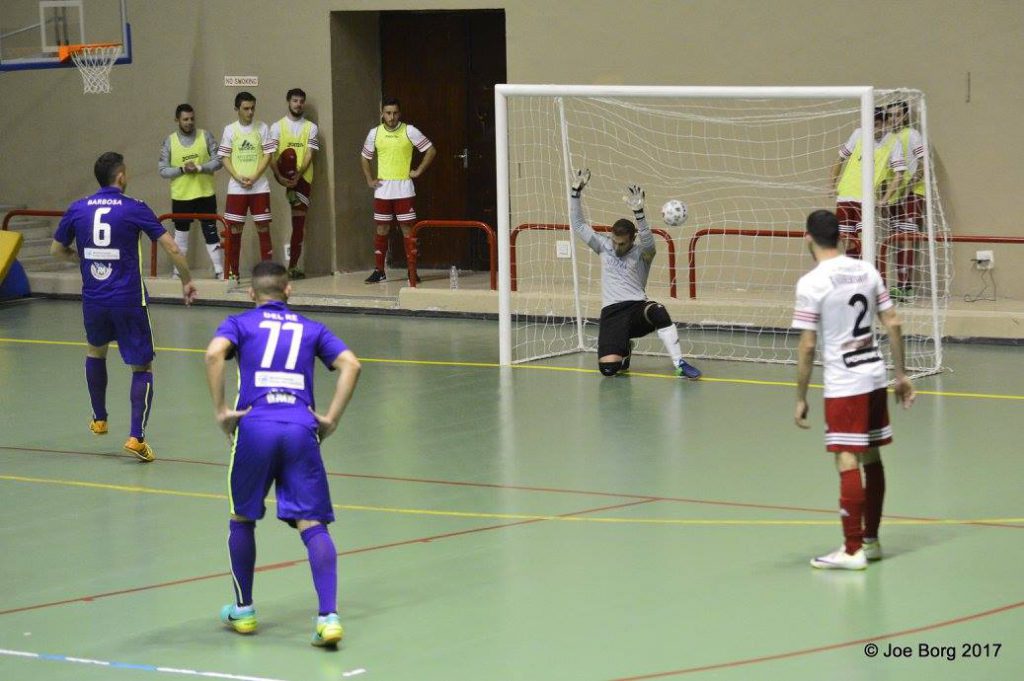 ROBERT BUSUTTIL
Four teams booked a place in the Gatorade KO semifinals after winning their respective encounters and resume their ambitions of winning the second important trophy of the season.
Holders Luxol had an easy passage to the last four as they routed University of Malta 10-0.
It was an easy match for Frane Despotovic’s boys as they dominated the proceedings and had their talisman players William Barbosa and Dejan Bizjak helping themselves with a hat-trick, Andy Mangion notched a brace while Zvezdan Vukovic and Mark Zammit added more goals for the St Andrews side.
An exciting quarter final was witnessed in the match between Valletta and Swieqi.
Both teams gave their all during this encounter but the Citizens had the last laugh as they saw off their opponents 5-3
A double from Jovica Milijic and goals from Xavier Saliba, Daniel Aguilera Puerto and Raphinha were enough to send the Lilywhites through to the semifinals.
Swieqi, who gave a good account of themselves had Dexter O’Brien, Veselin Gerenski and Boicho Marev putting their names on the score sheet.
Ħamrun Tre Angeli and Msida produced another nailbiting affair as the former scored their goal in the dying moments of the game to win 6-5.
Both teams produced a great level of futsal in a match that contained no less than 13 goals.
As usual Hamrun’s Everton Veve was their best player as he struck a hat-trick while Daniel Mifsud, Frank Paul Azzopardi and Florin Anton were their other goal-getters.
Msida, who were unlucky to lose the game in such a manner, had Liam Cachia and Mohammed Elamari hitting the target twice while Floren Manea added another one for the Seasiders.
Finally Marsascala Construct Furniture obtained a historic qualification to the last four of the KO after seeing off Safi San Lorenzo 5-3.
It was a deserved victory for the Oranges who managed to score three goals before the interval to put forward their ambitions in this competition.
In the second half, Safi tried to get into the picture also adopting the flying keeper to instill some pressure to the Marsascala rearguard.
Despite all this Josef Balzan’s boys defended boldly to oust their opponents.
Franklin Abela notched a brace while Reuben Degabriele, Justin Mifsud and Johann Callus were also on the mark for Marsascala.
Franklin Seisun, Sean Vella and Nathaniel Borg reduced the arrears for Safi San Lorenzo.