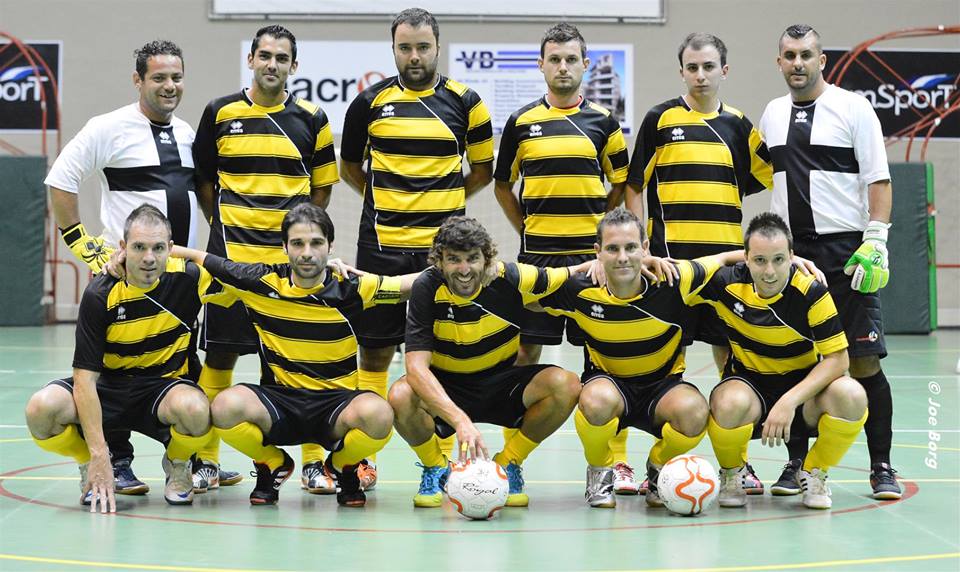 Zabbar surprised all odds and eliminated league champions Hibernians from the FXDD Knock-Out after a 5-4 win earlier this afternoon at the Corradino Pavillion.

It was an exceptional performance from the Zabbar team that played aggressively from the first seconds of the match to stun the league leaders.

They scored three times early in the match through a brace by Nikolai Filipov and Radoslav Kovachev. After some initial hesitation Hibs reacted with a brace scored by Cedric Sciberras to make the score 3-2. Before half-time, Zabbar pulled a goal back thanks to Glenn Barry.

In the second half, Hibs scored another goal to make it 4-3 with Levan Kobaidze. But Zabbar didn’t lose their concentration, they kept their cool and it was Frankie Xerri who scored the fifth goal for his side.

After this goal, the Paolites put everything on the offensive and began a series of attacks to try and level the score. It was Zabbar’s keeper Marlon Muscat that saved the day for his team after performing a string of courageous saves.

Hibernians scored another goal through Levan Kobaidze to complete a brace and make it 5-4. Later on Joel Grima of Zabbar was shown the red card. The latter side kept calm and defended bravely to obtain a hard fought win and book a a place for the next round of this competition.

In other matches played yesterday from the FXDD Premier Division, Pembroke climbed fourth in the table after seeing off Zurrieq 7-2. After this defeat, Zurrieq stayed in the lower part of the table with six points from eight matches.

In the FXDD First Division, Kalkara defeated Siggiewi 3-1 to join sixth-placed Fgura and Zebbug with 16 points. Kevin Loughborough, Duncan Bonello and Karl Muscat scored the all-important goals for the Kalkara side.