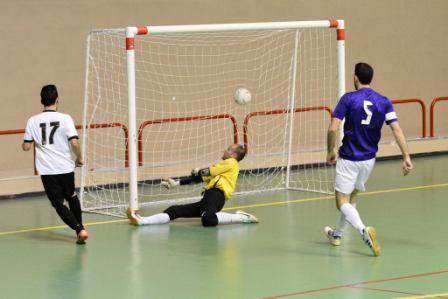 Hibernians kept their leadership in the FXDD Premier Division, in their top of the table clash against Luxol with a 5-3 victory.

Luxol managed to break the ice and Eslam Kalifa opened the score.

Kurt Bartolo levelled the matters with a fine finish.

Hiberninans kept on pressing their opponents and scored another two goals by Mark Zammit and Levan Kobaidze.

In the beginning of the second half Mark Zammit scored his second personal goal for Hibernians.

Tarek Ibrahim’s goal was Luxol’s tentative to enter back on track.

Kurt Bartolo scored again and made it more comfortable to the Paolites.

The third and final goal for Luxol came from their captain William Barbosa who was one of the best in play.

Hibernians collected 55 points from 19 matches and are just three points ahead from Balzan.

Luxol went down to the third place and are two points behind Balzan.

Balzan will face Luxol on Friday 9th May.

In the following week,  on Thursday 15th May, the match between Hibernians and Balzan  could decide who’s going to win the title.