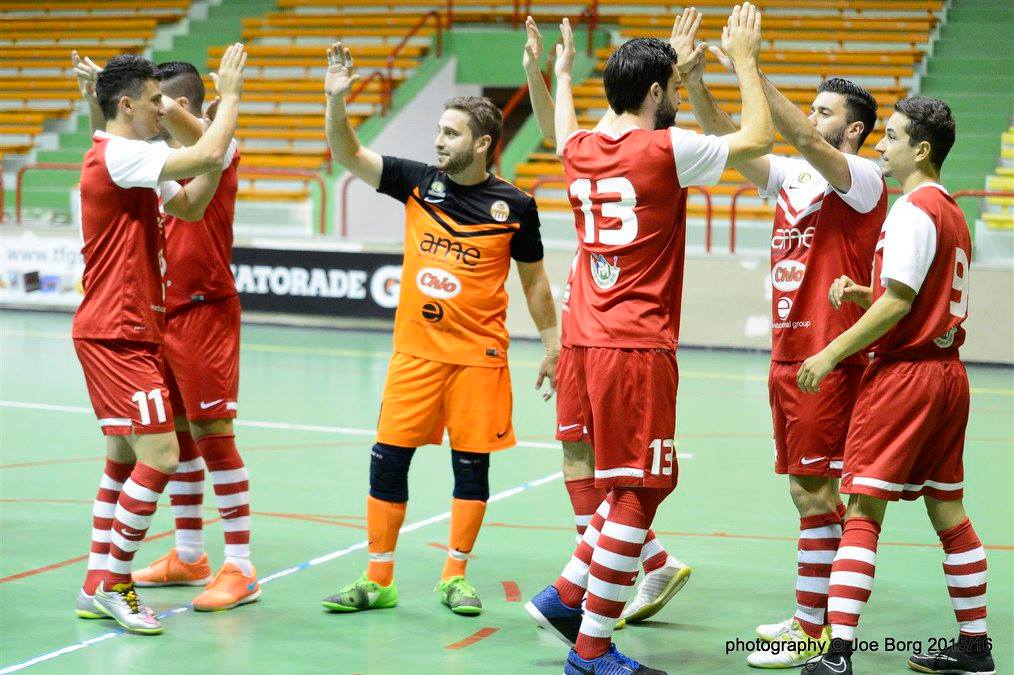 A goal scored by Herbert Spiteri in the dying seconds of the match gave the final victory for Msida St Joseph over Mdina Knights.

As the final 5-4 scoreline clearly shows, the Seasiders had to endure intense pressure from Mdina, who were inspired by Cleavon Portelli, but their opponents held on to take the most precious three points.

The never-say-die attitude of the Knights was fundamental as they always managed to level the matters everytime they were a goal down.

After closing a 2-1 advantage before half-time, Msida had to absorb their opponents’ continuous attacks as the encounter produced an electrifying finale.

On the other hand, Lija dominated their game against Qrendi from start to finish, winning it 6-1.

After installing a 3-0 advantage before the break, Lija continued to administer the result as they added three more goals that helped them register their fifth positive result of the season.

Nicola Del Re, Luke Stivala, Redeemer Borg, Darren Aitchinson, Chris Cardona and Ebrahim Massoudi were on the mark for the Athletic.

This evening, Valletta are expected to face a sterner test as they clash against Sliema in the late kick-off at the Corradino Pavilion.

On the other hand, Hamrun are favourites to gain the three points at stake as they face Sirens