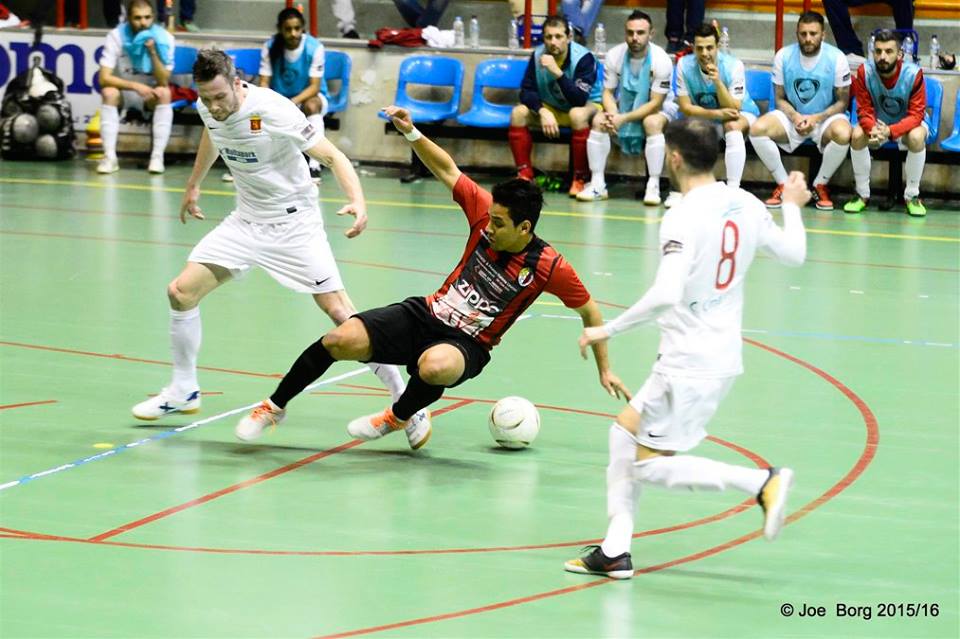 The surprising duo of the Gatorade Elite Round, Valletta and Hamrun Spartans, will be engaged in a nailbiting duel for the title as they play the first game in the best-of-three play-offs final series this evening (kick-off 20.00).
These three important clashes are expected to be a real title show-down for all the Maltese futsal followers.
Hamrun, who won 16 out of 18 matches, boast the best attack with lethal strikers Raphinha and Michel Melo Jose in fine form as they netted the majority of the Spartans’ goals.
They enjoyed a comfortable passage to the final after beating Lija Athletic 12-6 on aggregate.
Valletta are the surprise package of the campaign. They placed third in the standings winning 13 of their 18 matches played.
The Lilywhites produced a stunning semifinal second leg performance as they managed to knock out defending champions Luxol 9-7 on aggregate.
Valletta hope that their strikers Jovica Milijic, Xavier Saliba, Dylan Musu and Mohammed Elamari will be keen to persist with their scoring spree against Hamrun to win the title for the first time in their history.
Both teams have met each other twice during this season as they shared the spoils in an entertaining 4-4 scoreline in the first round. However, in the second round, Hamrun produced a commanding display to see off the Citizens 7-2.
The match between Valletta and Hamrun will be played on a best-out-of-three match format. Each game played should have a clear winner. If a game ends on a draw after playing the normal time, penalties will be taken immediately after, to determine the winner of the game. If the same team wins the first two games successively, that team is proclaimed champion and the third game is not played.