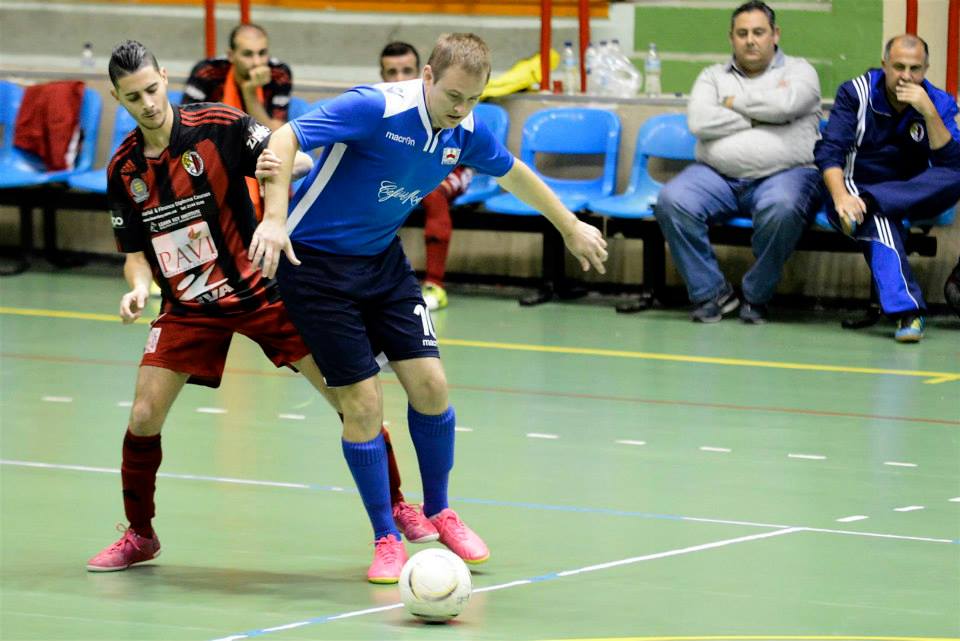 Hamrun Spartans qualified for the second round of the Knock-Out competition after edging out First Division side Mellieha 7-5 at the Corradino Pavillion.

The Northerners, although bowing out of the Knock-Out competition, departed with heads held high.

The Spartans dominated possession with duo Elamari and Rogerio a continuous menace to the Mellieha rearguard.

Mellieha reacted and reduced the arrears through Nikolay Filipov who fired a firm grounder after a solo run.

On 16 minutes, Hamrun were awarded a penalty which was converted by Rogerio to make it 3-1.

Hamrun could have increased the score had Rogerio not missed a free shot one minute before the break.

The Northerners’ response came immediately as Radoslav Kovachev pounced on some hesitant defending and rifled the ball home.

In the early stages of the second half, Michael Spiteri completed a brace as he received the ball from Mohammed Elamari and score Hamrun’s fifth goal.

Mellieha continued to instill pressure on the  Hamrun defence as Nikolay Filipov revived his team’s hopes by steering his shot beyond the keeper’s reach following a rebound.

The latter kept believing in their potential and added another one from Craig Pickard’s freekick to put them just one goal behind Hamrun.

With two minutes left, Mellieha put everything on the offensive but Brazilian nippy striker Rogerio had other plans as he netted a brace to kill all hopes for his opponents.

Eight seconds from the end Nikolay Filipov hit the target to reduce the result for his team.