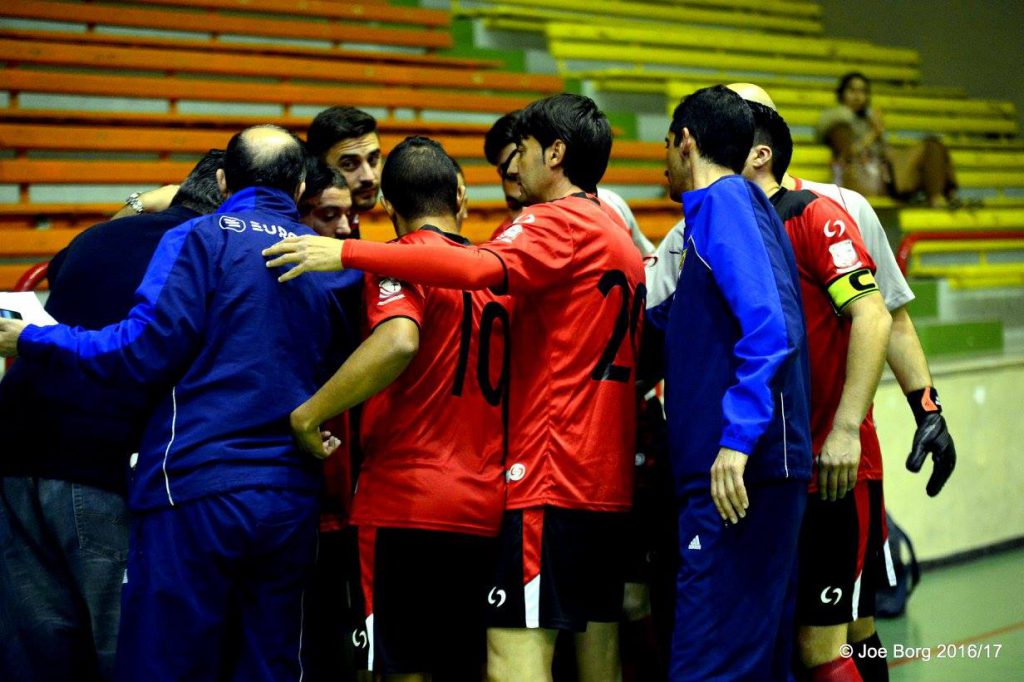 ROBERT BUSUTTIL
Valletta’s title defence in the Gatorade Elite Round got off to a terrible start as Hamrun grabbed a stunning 6-5 victory to kick off their second round season in style.
The Lilywhites dominated possession throughout but found themselves 3-1 behind before the break as Hamrun were operating some lethal counter attacks that left their opponents unprepared.
Valletta looked an aggressive side after the interval, adopting also the flying keeper in the process and they looked like they might turn tables on their opponents but their casual approach contrasted starkly with Hamrun’s enterprise.
James Ciangura’s side were bold and brave, defending in numbers when Valletta had the ball, and breaking forward with pace and panache.
It was a shock result but Hamrun deserved their moment of glory.
Their nippy Brazilian striker Everton Veve tormented the Valletta defence with his speed off the mark and his elusiveness and his goal-scoring spree was of natural consequence.
On the other hand, it wasn’t an easy night for his compatriot Raphinha, who although scoring one goal for the Citizens, was well guarded by the Hamrun defence that denied him from causing damage to their rearguard.
It was Veve show as he hit the target five times with Cleavon Portelli netting another one for Hamrun.
Daniel Aguilera Puerto scored a brace while Jovica Milijic, Raphinha and Dylan Musu were on the mark for Valletta.
Meanwhile Luxol broke little sweat to outclass Swieqi FC 6-1 and keep alive their title hopes.
The St Andrews side were off to a flier when two braces by Andy Mangion and Frane Despotovic and goals from Nicola Del Re and Glenn Bonello sealed the points that mattered. Swieqi’s only goal was scored in the first half by Boicho Marev.