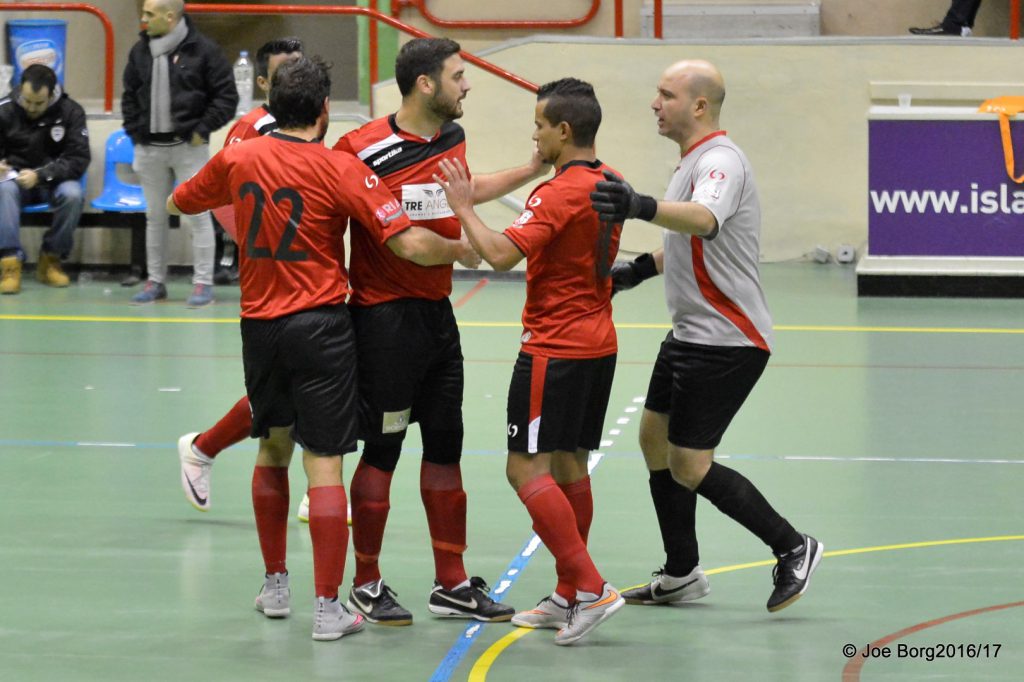 ROBERT BUSUTTIL
Hamrun Tre Angeli staged a great comeback in the second half to hand Swieqi their first defeat of the season after beating them 6-5.
Prior to Monday’s match, Swieqi had gained six straight wins in the Gatorade Futsal League.
The match turned out to be an exciting affair with Swieqi squandering their lead as the Red/Blacks fought back to level matters after the second half and then notch the crucial goals to make sure of returning to winning ways.
It was a bitter pill to swallow for Swieqi as they displayed some good moves and could have easily scored, at least, another goal had it not been for a couple of superb saves by Hamrun goalkeeper Matthew Mifsud at the start of the second half.
Jason Gauci, Redeemer Borg, Boicho Marev, Fredrick Johansson and Andre Ciancio got the goals for Swieqi with Hamrun hitting back through a hat-trick from Brazilian Everton Veve, a brace by Daniele Degennaro and an own goal.

Mriehel ESS and Sliema figured out in an exciting 4-4 draw.
A match which had all the good elements of a balanced affair ended with Sliema and Mriehel ESS sharing 8 goals and the spoils, a result which leaves both teams on level points.
It was a great duel between two teams that needed to move off the danger zone.
In the final reckoning, it was a fitting result that rewarded the efforts of both teams.
Eslam Khalifa netted a brace while Julian Rodriguez and Emanuel Muscat added more goals for Mriehel.
Adam Wingfield hit the target twice as Aleksandar Ribic, and Darren Agius were also on the mark for Sliema.

University of Malta chalked up a comfortable 8-0 win over Zurrieq Wolves.
The students, fresh from two consecutive wins saw more of the possession with their goals coming at regular intervals through a poker from Andrea Farrugia, a brace from Djordje Maksimovic and goals from Shawn Deguara and Martin Caruana.