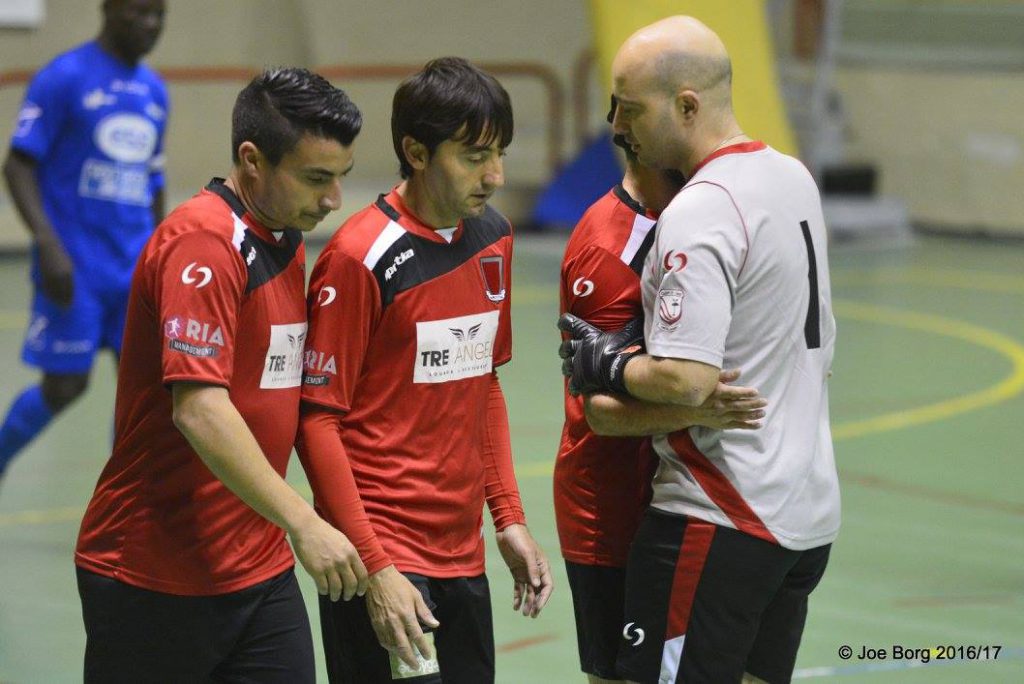 ROBERT BUSUTTIL
Ħamrun Tre Angeli came from behind to beat stubborn opponents Mrieħel ESS 6-3, cancelling out an early deficit to deny their opponents from a place in the Elite Round.
The Red/Blacks were credited for summoning enough pressure to win the match after a lacklustre first half.
Mrieħel were really flexible and defensively organised and played futsal, had good moments with passing and direction. They were found lacking in the final third though.
Mrieħel were off to a surprise start, taking the lead and establishing a 3-1 advantage before the interval.
Hamrun needed a response, a shot of energy, of inspiration after the break and inspired by their Brazilian talisman Everton Veve first drew level and then managed to turn the tables in their favour.
Sensing that they were home and dry, Hamrun held on to Mrieħel’s flacid reaction and on the stroke of full time they struck again to add some excessive gloss to their win.
Veve helped himself with a hat-trick, Jason Mifsud struck a brace while Alex Ellul added another one for Hamrun.
Mrieħel, who will now play in the First Division, had Ayoub Ahmad hitting the target twice and Ayrton Duncan also finding the net.
Msida ended their first round commitments with a 13-0 hammering of strugglers Żurrieq Wolves to move into the eighth place in the standings.
The game was over as a contest inside the opening minutes as the Seasiders surged into a considerable lead before adding more before half-time as the limited Wolves were outplayed.
Mohammed Elamari clinched a hat-trick, Floren Manea, George Frendo, Liam Cachia and Chris Cardona scored a brace apiece while Chris Cutajar and Ryan Xuereb added the tally for Msida.
In a hard-fought match, Safi San Lorenzo edged Qormi Futsal 5-4 to register their sixth victory of the season.
Their experienced player Clive Calleja was in inspirational mode as he netted three goals as Jonathan Bellizzi and Franklin Seisun were the other goal-getters.
Qormi, who gave a good account of themselves, had a double by Ryan Gilmour Cassar, Sam Vella and an own goal.