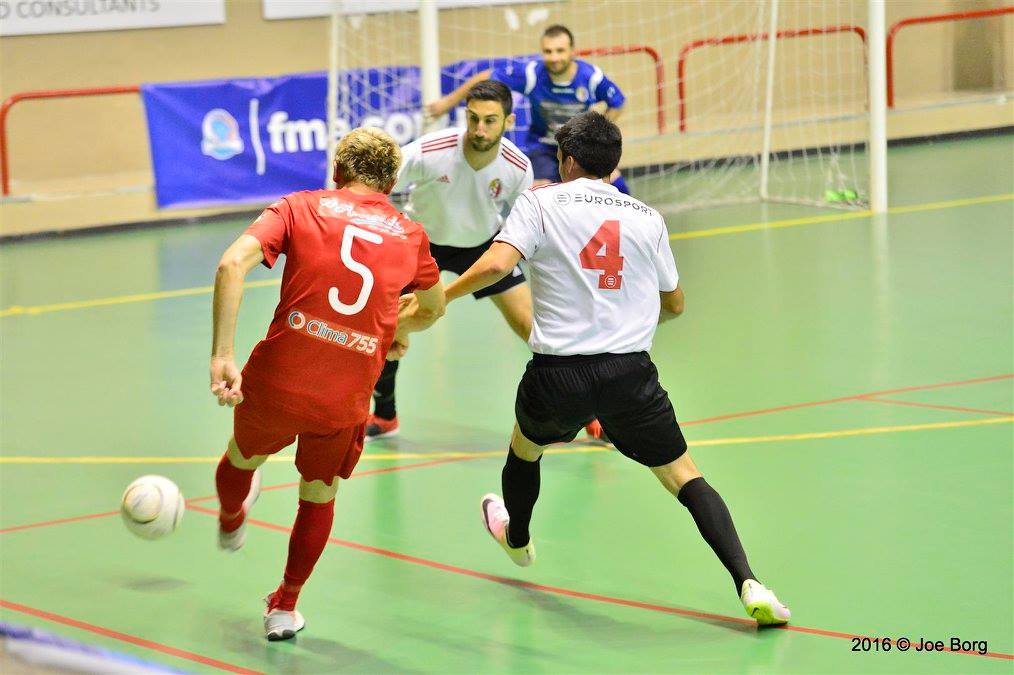 Hamrun Spartans head into their second leg play-off final clash against Valletta tonight (kick-off 20.00 hrs) in high spirits after a dramatic penalty shoot-out triumph over their same opponents a fortnight ago.

The Spartans will take to the court at the Corradino Pavillion eager to record a second consecutive win and clinch the title for the first time since FMA took charge of the organization of the local futsal scene as well as participate in the forthcoming UEFA Futsal Cup.

While Hamrun go into the game on a high following their first leg 13-12 win, the Citizens have all the pressure in their hands as it will be their last chance to level the matters and leave everything for a possible third match.

They are not ready to throw the towel and want to bounce back to victory.

Their president Dassier Borg, envisages a tough encounter but believes that his team is ready for the challenge.

When asked if Valletta have the pressure to win this match, Borg had a different opinion.

“In reality we don’t have any pressure. One of our targets was to reach the final and we did it. We know that Hamrun will try to win this second match. So the pressure is on them”.

“We need to play intelligently but also from the heart.”

When asked about the absence of their captain Xavier Saliba, who will be suspended for this game, Borg admitted that he will surely be missed.

“Xavier had gathered a good momentum for the play-offs and was one of the best players in these decisive matches.”

But they can also rely on some other experienced players such as Dylan Musu and Melvin Borg who have also shown their best in the play-off matches.

On the other hand, the Hamrun team manager Edward Psaila believes that everything is still possible.

He predicts another evenly contested match between the best two teams in local futsal.

Although winning their first encounter, they are aware of Valletta’s strength.

“The last match could have gone either way.” Psaila said. “Both teams are well-balanced with some good quality players.”

He predicts another balanced encounter that could be decided by a single glimpse.

If the match ends in a draw, penalties will follow immediately to have a clear winner. A Hamrun victory will give them the championship title.

On the other hand, Valletta need a win to restore parity in the aggregate matches. Eventually the final match will be played next Thursday.