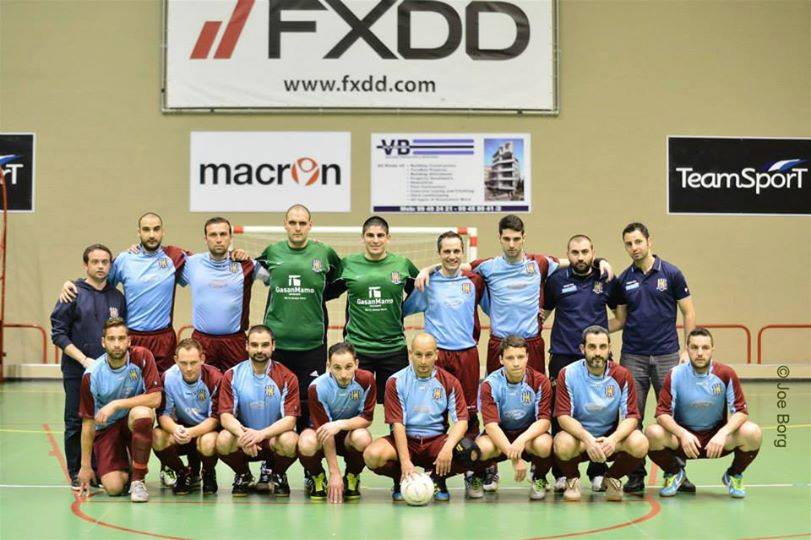 Gzira United yesterday beat Naxxar Lions 7-4 to gain the necessary points for a Premier Division berth next season. It was a deserved reward for Gzira’s impressive run in this division after winning fifteen matches, getting four draws and losing only four times.

Alessio Restuccia was surely the best player, not only yesterday but during the whole season, as he proved once again that he is an asset to the side and scored vital goals for the Maroons. Other players gave their solid contribution like the latest signing Josh Parry and the hard working Aurelio Burgio, Joseph Mifsud, Chris Bezzina, Charlo Debattista, Jurgen Mifsud, Noel Bilocca, Kenneth Bonnici, Robert Zammit and Douglas Mifsud who thanks to their goals helped Gzira to get this well-deserved promotion.

Although sure of promotion, Gzira will have to wait for their rivals Valletta and Zebbug to play to know whether they will be promoted as champions as well.

Gzira have to play their last match of the season against Fgura while Valletta and Zebbug have another two games in hand.

Naxxar scored their goals through a brace by Adrian Fenech, Andrea Farrugia and Kurt Farrugia.

In another FXDD First Division match, Marsascala and Fgura shared the spoils in an entertaining 6-6 draw.