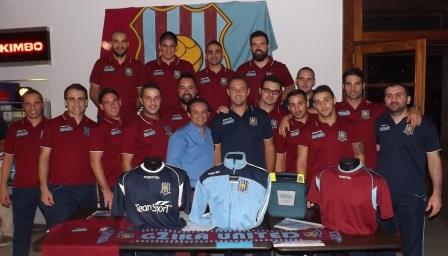 No less than seven new players feature in the Gzira United squad for the Premier Division campaign season 2014/15 which kicks off next week with the first programme of matches. The new players were presented during a press conference at the Corradino Pavillion last Friday.

Complementing  Team Coach Paul Carabott Damato  in the technical staff will be once again assistant coach Kenneth Farrugia together with Warren Galea as the goalkeepers’ coach.

Paul Carabott Damato said that the club is keeping its feet on the ground and set realistic targets now that they are playing in the Premier Division.

Even though other clubs have strengthened their squad, Gzira United will be a hard nut to crack for everyone. The club’s first objective is to secure their Premier Division status for the following season.

“We have to do that with humility, unity and most of all determination.” said Carabott Damato.

He said that last year Gzira United had the best defence of the First Division and this contributed mainly to the excellent work done by the technical staff, especially by Warren Galea, the goalkeepers’ coach. 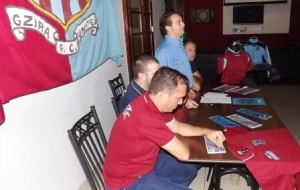 Team Manager Clive Mifsud said that this transfer campaign consisted of a mix of young and experienced players that will complement the already strong squad that helped Gzira clinch promotion to the Premier Division.

Mifsud thanked the sponsors for the enthusiasm shown during their build up for this coming season. Most of all, he appreciated the donation of an AED (Automatic External Defibrillator) given by one of the sponsors (Technoline  Ltd) to assist the players in case of a cardiac related problem. 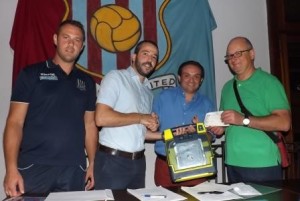 In their first official address to the media, the new players praised the sense of unity that reigns in the club. They were given a warm welcome by all the staff and this helped them to adapt immediately to their new club’s philosophy.

In the pre-season preparation, Gzira  United have played two matches against the two heavyweights of Maltese futsal, Balzan and Luxol. Despite losing both matches (6-4 and 10-5 respectively) the level of play shown by the players was encouraging. 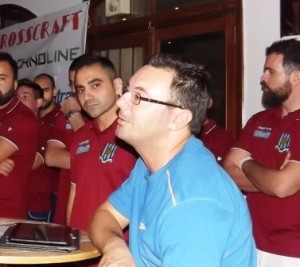