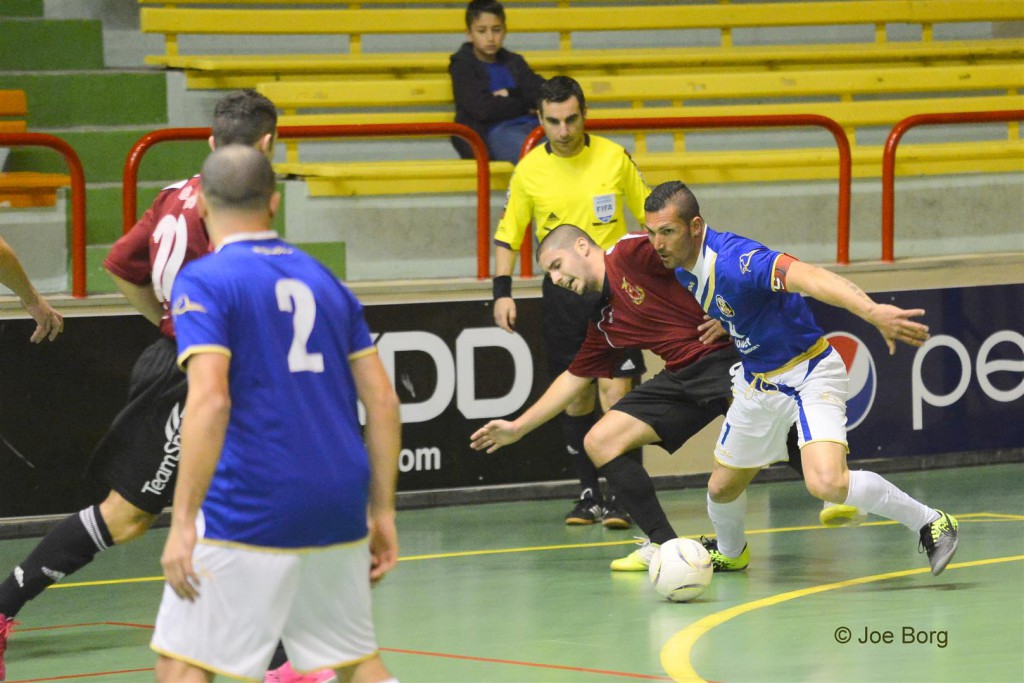 Zabbar have beaten  Gzira United 5-4 on penalties in the FXDD Knock-Out after the two teams had earlier played out a 4-4 draw after 40 minutes of effective play.

It was an exciting match between two teams who produced some exceptional futsal play. Zabbar had some good possession and offensive tactics while Gzira operated with fine counter-attacks.

Gzira went twice ahead 3-1 and 4-2 with Zabbar always reducing the arrears. After a 3-2 half-time, Zabbar reacted well and succeeded to restore parity two minutes from the end.

The Maroons hit the post on a couple of times while Zabbar had a player sent off.

Alessio Restuccia prove to be Gzira’s inspirational player after scoring a hat-trick while Jurgen Mifsud netted the other one.  Nikolay Filipov, Omar Toutongi and Radoslav Kovachev were among the scorers for the Southerners.

In the shoot-out, Zabbar scored all the penalties with Gzira failing to convert one of them.

Before this match, Vittoriosa had eliminated Zurrieq 5-1 to go through the semifinals of this competition.

Two braces by Leandros Calleja and Clive Calleja and a goal by Sean Vella gave the Cottonera side a well-deserved victory over Zurrieq who scored their only goal through Gary Zerafa.

The other two semifinalists will be known tomorrow as Swieqi take on holders Balzan and Pembroke face San Gwann in the other KO matches.