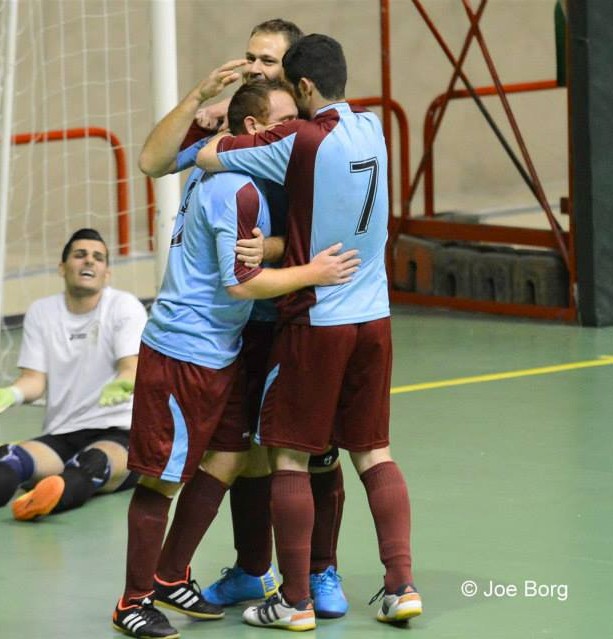 In the FXDD First Division,  Gzira United maintained the pressure on leaders Qrendi when they defeated Marsaskala 6-1.  The Maroons scored immediately and succeeded have the better on Marsaskala who stand  eighth in the table.

Kenneth Bonnici, Charlo Debattista and a brace from Alessio Restuccia put Gzira four ahead until a penalty from John Paul Barbara reduced the arrears for Marsaskala.

In the second half Marsaskala tried to make a sort of reaction with John Paul Barbara going  close several times but Gzira keeper  Neil  Camilleri produced some brilliant saves to deny his opponents.

Alessio Restuccia and Aurelio Burgio added two goals to  seal  the victory for Gzira who remain second  in the table with 22 points.

In the second  match from the  FXDD Premier Division, Melita  returned to winning ways after seeing off Birzebbuga 7-4 to go ninth in  the table.

It was a very balanced game but Melita proved to be the better side.  They played a possession game with experienced player, Edwin Gauci present at all times in Melita’s actions.  He controlled the defence and also ran forward especially from the right wing.

Three players were shown the red card; Aleandro AsenjoMexia and Jovil Abela  for Birzebbuga and Bojan Minic for Melita.

The St  Julian’s  side scored their  goals  from  Michael Martin(3 goals),  Edwin  Gauci (2 goals) and a goal each for David  Eminyan and Daniel  Gravino.

James Galea,Wayne Vella, JovinAbela and Mark Psaila scored the goals for the Southerners.