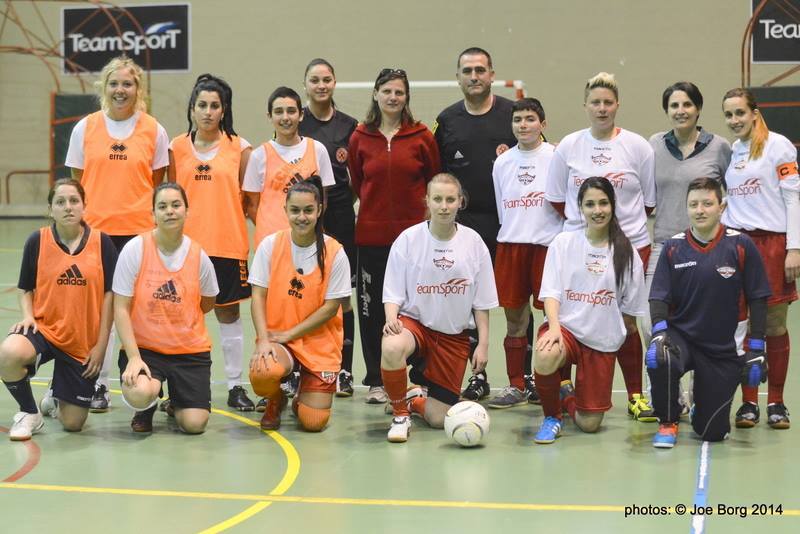 An exhibition match between two female teams was held at the Corradino Pavillion before the first KO semifinal between Balzan and Valletta.

The activity which was organized by coordinator Maria Coppola, together with FMA, was meant to attract more girls to this wonderful game.

The crowd, who was present for this event, was delighted by the enthusiasm that the girls showed during this activity.

Many of these girls are already participating in the 11-a-side football  league and the general comment was that they would like to have their own futsal league.

This website has contacted Maria Coppola who was satisfied with the girls’ participation.

“I am quite satisfied with what we have achieved so far. We are meeting every now and then and organize these exhibition matches before an important match.”

Coppola believes that these activities are vital to increase women’s participation in futsal.

” We need to continue organizing these matches as they will give a good promotion to women’s futsal.”

During this exhibition match, Stephanie Vella, who normally acts as a time-keeper in official matches organized by the FMA, made her official debut as a referee.