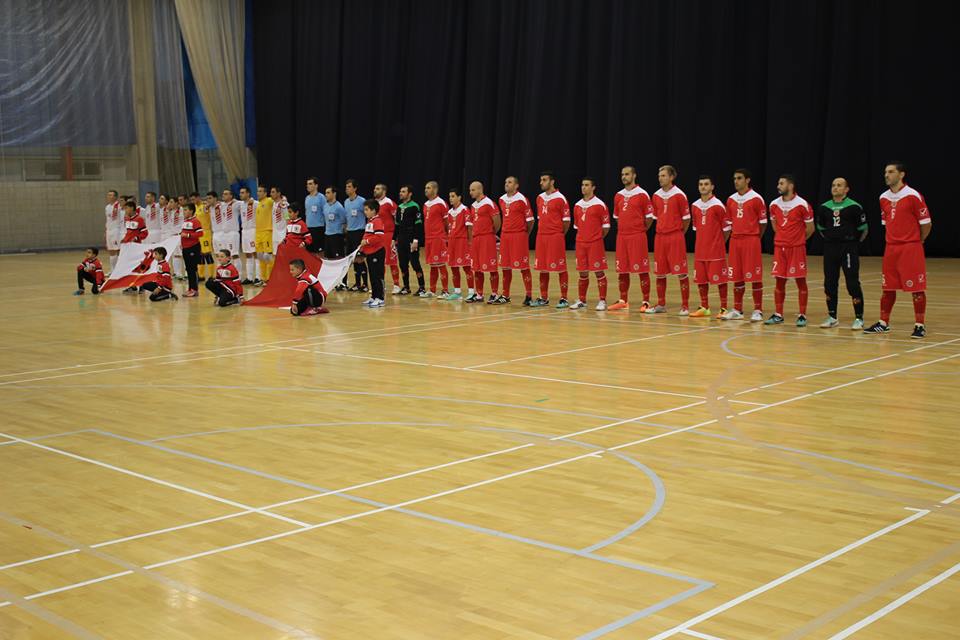 Malta lost to Gibraltar by the odd goal in seven, in an international futsal friendly at the Tercentenary Hall in Gibraltar yesterday evening. Gibraltar opened well and scored the opening goal through Andrew Lopez after just three minutes, but Malta levelled the score through Jovica Milijic shortly after. The home team forged ahead through swift counter attacks and mid way through the first half went into the lead for the second time once again through Andrew Lopez scoring a gem of a goal. Gibraltar remained the better team for the rest of the first half and went close to scoring again on a number of occasions with Bjorn Vassallo coming to Malta’s rescue on more than one occasion. The home team made it 3-1  in their favour just before the half time  through Ian Rodriguez after Dylan Musu was unlucky not to clear off the line, throwing the home crowd into a foray.

Coach Kevin Mifsud urged his players to be more accurate in their passing and set pieces during the break. In the second half, Malta emerged more aggressive as they pulled one goal back through Cedric Sciberras immediately. With most of the game being played in Gibraltar’s half pitch, as the reds pushed for an equalizer with Giancarlo Sammut and Rennie Tanti leading the attacks. However, the home team added another goal in another typical swift counter attack  with Duane Robba finding the net to make the score 4-2. At this point, with nothing to lose, Kevin Mifsud switched to the flying keeper strategy pushing the Gibraltarians into their own half court for the rest of the match. An exciting finale ensued, with Malta mounting on the pressure as Dylan Musu reduced the deficit with a beautiful shot and Jovica Milijic hitting the post shortly after. Malta’s final efforts however proved futile as the home team resisted bravely until the final whistle.

Malta play their second friendly game against Gibraltar this Saturday at 2000hrs. Match will be streamed live on http://www.rockstream.tv/channels/sports/football/uefa-futsal-friendly/