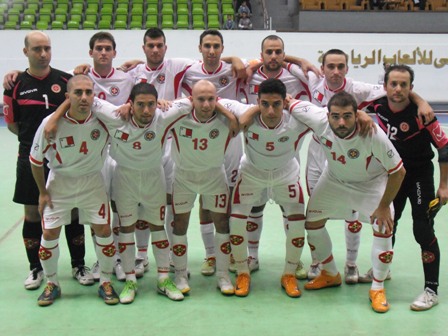 The Maltese Futsal  National Team led by Kevin Mifsud left this morning for Gibraltar to play  an international double fixture.

Malta’s first  international commitment will  start next  Thursday 9th January where they face Gibraltar at the Tercentenary Hall.

Another match is scheduled on Saturday 11th January at the same venue.

Their head coach is Mario Prescott and their captain is Joseph Chipol.

Their first international match was played on the 23rd January 2013  against Montenegro and they lost 10-2. Three days later on the 26th January they faced San Marino and won 7-5.