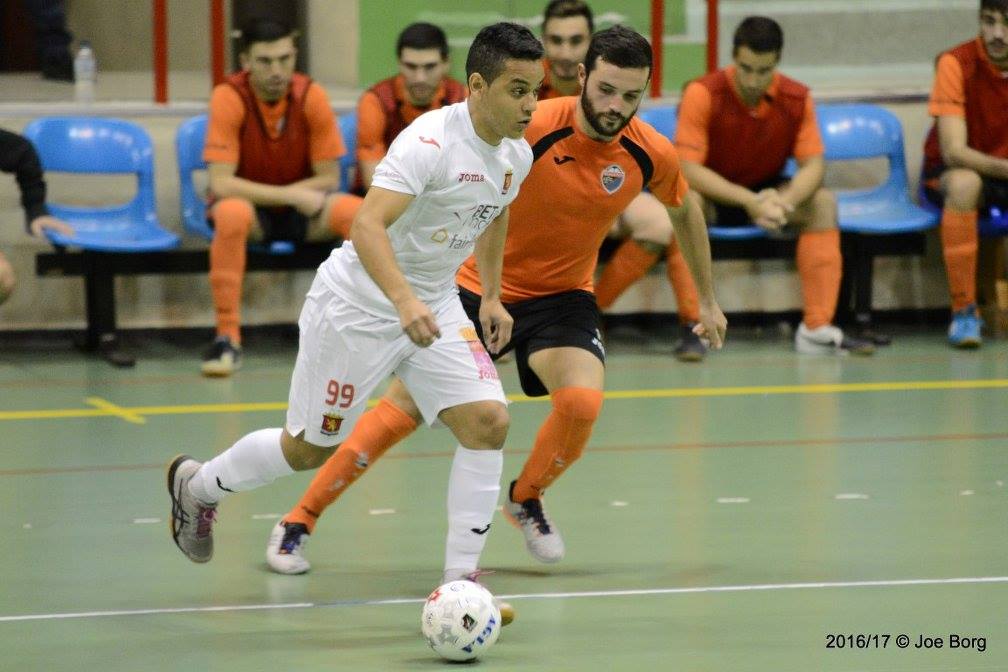 Defending champions Valletta kick started the FMA Gatorade League season with an unbeatable result of 7-1 against Marsascala. However, despite this result, the latter proved to be positive opponents to the Citizens and their strength appeared in them taking the lead through Franklin Abela.
This opening goal resulted in a fierce reaction in Valletta, and Raphinha with his five goals showed off himself as the key player of the game. Xavier Saliba and Dylan Musu completed the score for the Lillywhites.
Valletta: Neil Cuschieri (GK), Stefan Vella (GK), Jovica Milijic, Melvin Borg, Xavier Saliba, Daniel Brincat, Dylan Musu, Denis Di Maio, Raphael Felipe Ortiz de Oliveira, Mohammed Abdussalam Elamari.

Hamrun Tre Angeli secured a win in their first game of the Gatorade Futsal League, when they beat Qormi for the second time in less than a week. Encouraged by their previous encounter, Hamrun started in confidence and immediately took command of the game through some neat passing. They made an early score and built a healthy 5-0 lead midway through the first half. However Hamrun missed also more chances to put the game beyond Qormi, who managed to score twice before Hamrun scored again to end the first half 6-2.

A poker from Everton Vevé, Florin Anton’s hat-trick, braces from Daniele Degennaro and Luke Stivala, together with goals from Clint Cope, Jason Mifsud and Daniel Mifsud, prevailed for Hamrun to start off the new campaign with a well-deserved three points.

On the other hand Adrian Fenech, Antoine Galea, Luca Mallia and Miguel Alcaraz scored for Qormi.

It was a tight and entertaining encounter between the University Students’ team (UOM) and Swieqi. Swieqi’s Bulgarian player Boicho Marev proved himself superb throughout the game and his playing experience bared the fruit in scoring four goals. His first two goals, with the second one just in the final minute of the first half, put Swieqi at rest during the half time. UOM’s goalkeeper Matthew Gatt was frequently tested and avoided further damage to his team.
UOM’s coach Kyle Sultana appeared to have given a harsh and effective team talk in the dressing room, as Rodney Debono shortened the gap in the second minute of the second half. Gaetano Gesualdi who hit the bar from a heading tentative, together with Leo Muscat did well in trying to create various opportunities to score.
Later in the second half UOM’s coach Kyle Sultana entered the reserve goalkeeper Dylan Cacciattolo who played in a sort of flying goalkeeper. Indirectly, their efforts of moving everything forward to score, gave way to Swieqi to continue pressing and increasing their advantage. The Bulgarian tandem Marev-Petev kept Swieqi on the lead scoring two goals each. UOM also had their say through Jean Karl Cushieri who scored the second goal for the University Students’team.