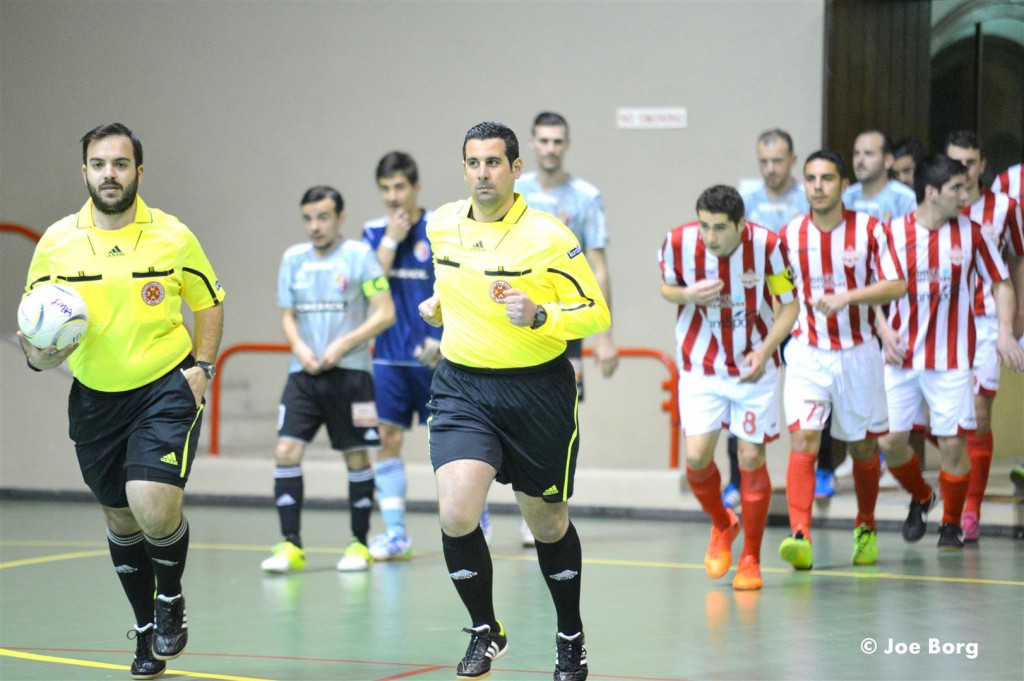 Balzan and Hibernians storm through semi-finals to reach FXDD Futsal KO Final being held on the 26th April 2013.

Futsal KO holders Balzan FC and current league leaders Hibernians, outclassed their respective semi-final opponents last Friday evening at the Corradino Pavilion, to reach the KO final. The FXDD Futsal KO Final, will be played on the 26th April at 8pm, between these two very organized Futsal teams in what is expected to be a guaranteed Futsal spectacle. Both teams have already played each other twice this season, with both games ending in a draw, clearly highlighting the balance between both teams. Despite the fact that Hibernians are sole leaders of the Futsal league, yet both teams are still unbeaten.

In the first KO final played on Friday night, Balzan brushed aside a relatively weak Hamrun side, 8-0. With just one point after 14 games, Hamrun are in serious relegation issues, and it was quite surprising for the Spartans to manage to reach the semi-final stage.  On the other hand, for defending KO holders Balzan FC, this was probably their easiest KO game, considering that in their previous outings, they snatched narrow wins against Zejtun, Melita and Lija Athletics. During the game, Balzan’s scorers where Anton Cosmin – 4 goals, Florin Anton, Peter Sammut, Clint Cope and Hamrun’s Robert Fenech’s own goal completed the 8 – 0 score line.

Similarly in the second semi-final, Hibernians outclassed Floriana putting half a dozen goals past the helpless greens, 6-0. Hibs, like Balzan, had a difficult quarter final obstacle against neighbours Tarxien Rainbows.  The greens reached the semi-finals after beating first division San Gwann and Qormi squads. Hibernians captained by Malta international Xavier Saliba will meet Balzan in the final. Boycho Marev, Blagovest Marev and Ibrahim Tarik put their names on the scorer sheet.

The FXDD Futsal Premier League resumes on the 2nd April, after the Easter recess.