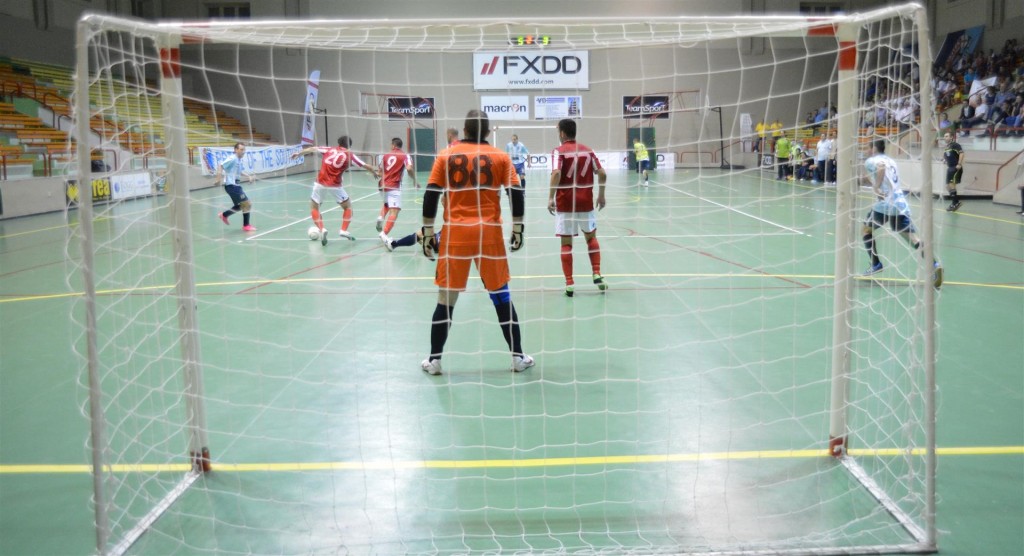 Balzan and Hibs win first legs of play off semi-finals

The first legs of the FXDD Futsal Premier League Championship playoffs kicked off last Friday, with the first semi-finals of the final four being played between, Balzan FC, Tarxien Rainbows, Hibernians and Zejtun Corinthians.

In the first semi- final, defending Champions Balzan FC, came from behind to overcome a stern challenge from Tarxien Rainbows, 5-3. With no less than five Romanian players on the field, Cosmin and Florin Anton for Balzan, and Gabriel Dobre, Emil Raducu and Andrei Brasoveanu for the Rainbows, all was set for a balanced encounter. Cosmin Anton opened the score for Balzan in the second minute but Emil Raducu levelled the score immediately 1-1. Steve Gambin put the Rainbows ahead in the 13th minute but Glenn Bonello restored the score just before half time, sending both teams to the dressing rooms 2-2. 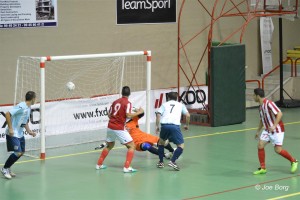 Romainian international Gabriel Dobre put the Rainbows once again into advantage, but Glenn Bonello was quick enough to draw 3-3. The following three minutes proved deadly for the Rainbows as Balzan score twice, through Cosmin Anton in the 27th and Florin Anton in the 28th to seal victory and give a two goal advantage to the Champions ahead on next Tuesday’s second leg.

In the other semi-final played on Friday, Hibs ousted Zejtun Corinthians, 8-4, putting them firm favourites to reach the FMA Championship Final. Hibernians opened well through Cedric Sciberras, with Giorgi Grasimov adding a brace in the 13th and 17th minute, putting the Poalites 3-0 up. Marev Blogovist’s fourth goal just before half time put Hibs in the driving seat for the rest of the game, so much that Cedric Sciberras and Boicho Marev continue to increase the score, 6-0 for Hibernians, before Zejtun pulled two goals back through Charlo Magro and Bojan Nimic in the 32nd and 34th minute respectively. Edwin Gauci was red carded for Zejtun after a late tackle. The seventh goal for Hibs also marked Cedric Sciberras’ hat trick, 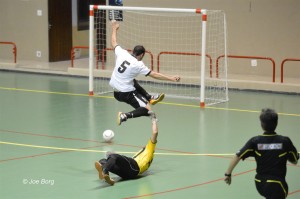 crowning his excellent performance, 7-2. Bojan Nimic and Charlo Magro added another goal each to reduce the deficit to 7-4, but Boicho Marev’s last minute goal for Hibs made the Corinthians recovery in the second leg next Tuesday extremely difficult.

The second leg of the FXDD Futsal Championship semi-finals proceeds as follows:

For more photos from these 2 semifinals please visit our photo gallery https://fma.com.mt/photos/