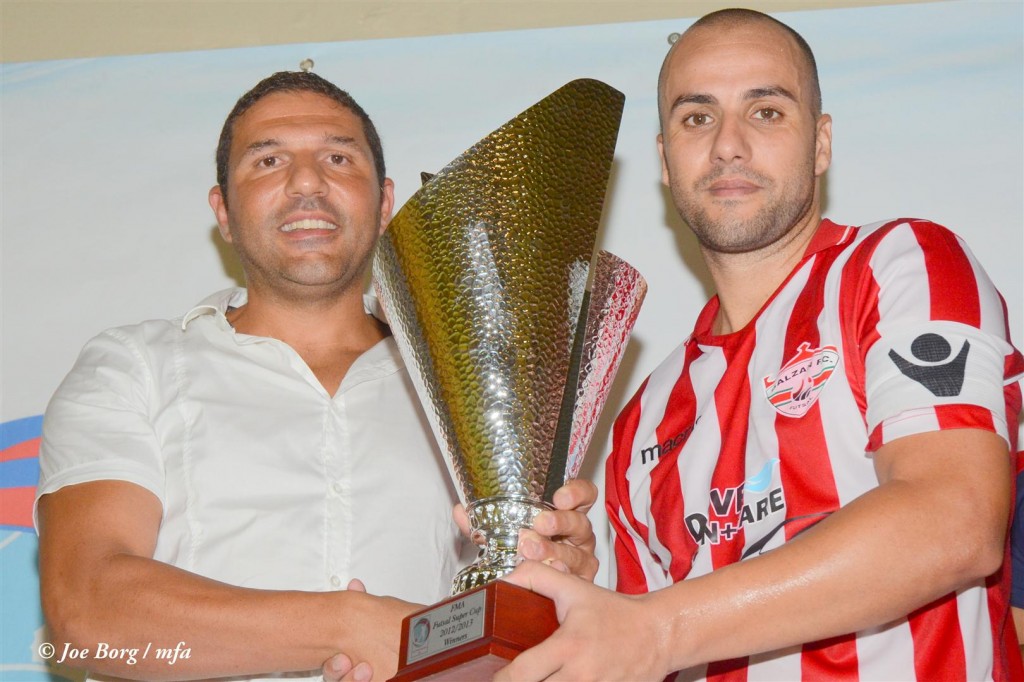 The Futsal season kicked off on the 6th September, with FMA Super Cup, which was played in front of a sizeable crowd at the newly decorated Corradino Pavilion, between Champions and Knock Out holders Balzan FC and league runner’s up, Lija Athletics FC.  Balzan FC opened the new season, now under Futsal Malta Association management, with yet another honour – the first ever Super Cup to be held in Futsal.  In what proved to be an entertaining match, Balzan came from behind to change a two goal deficit mid way through the first half to a 5-4 score in their advantage.

Presentations were held immediately after the game to match officials, runner’s up and winners by FMA President Mr. Donald Spiteri.  “We are please to note that all futsal enthusiasts are welcoming our efforts in promoting and raising the game’s profile”, Mr. Spiteri told the press immediately after the game.  The FMA president went on thank his colleagues at FMA and MFA President and CEO for their support.

FMA hosted a reception Immediately after the game, sponsored by the Hibernians Sports Association.

The Futsal season proceeds with Knock Out preliminary round on the 7th September, between Zejtun Corinthians FC and Vittoriosa Stars FC.