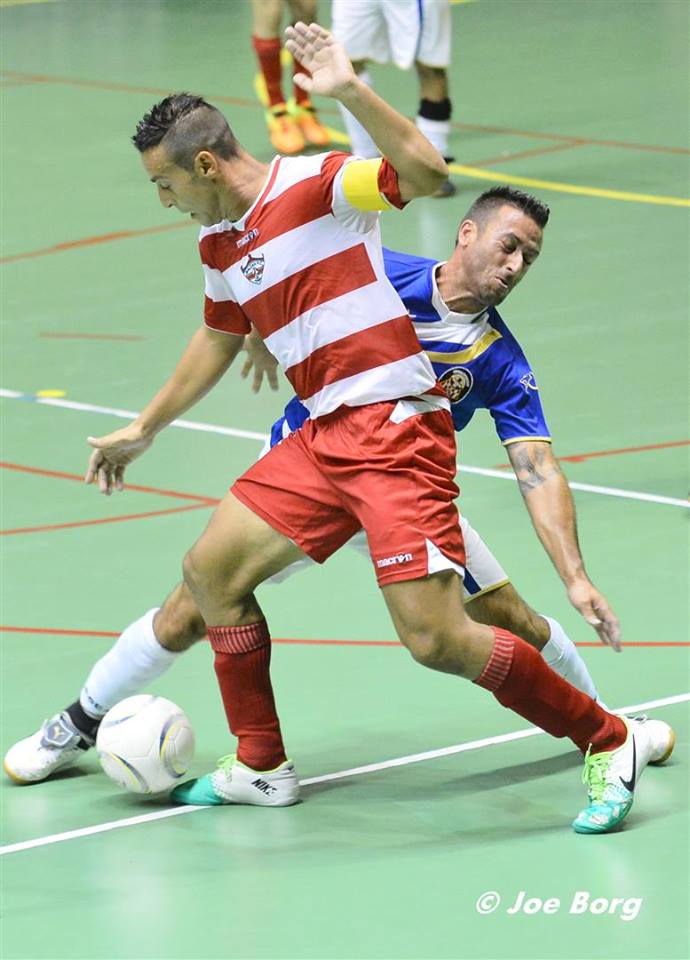 KO Holders Balzan advanced for the final eight of the FXDD Futsal Competition after beating Qormi 6-1. Although playing without Jovica Milijic, Rennie Tanti and Giancarlo Sammut, Balzan showed their intentions clearly at the beginning of the match and succeeded to win this important clash.

They scored their all important goals through a hat trick by Andrea Dan, a brace by player-coach Gabriel Dobre and Glenn Bonello. Qormi’s consolation goal was scored from an own goal by Nicola del Re.

Gzira won the derby against Msida 4-0 to go through the quarter finals. A brace by Leo Brincat, Aurelio Burgio and Kris Bezzina scored the goals that mattered for the Maroons.

Premier side Zurrieq defeated First Division side Zebbug 8-4. Tyron Borg scored a hat-trick,  while Lawrence Vella, Joseph Lia, Joris Garnier and  a brace by Joshua Farrugia completed the score for the winners.

Even Swieqi qualified for the next round after beating Naxxar 6-1.