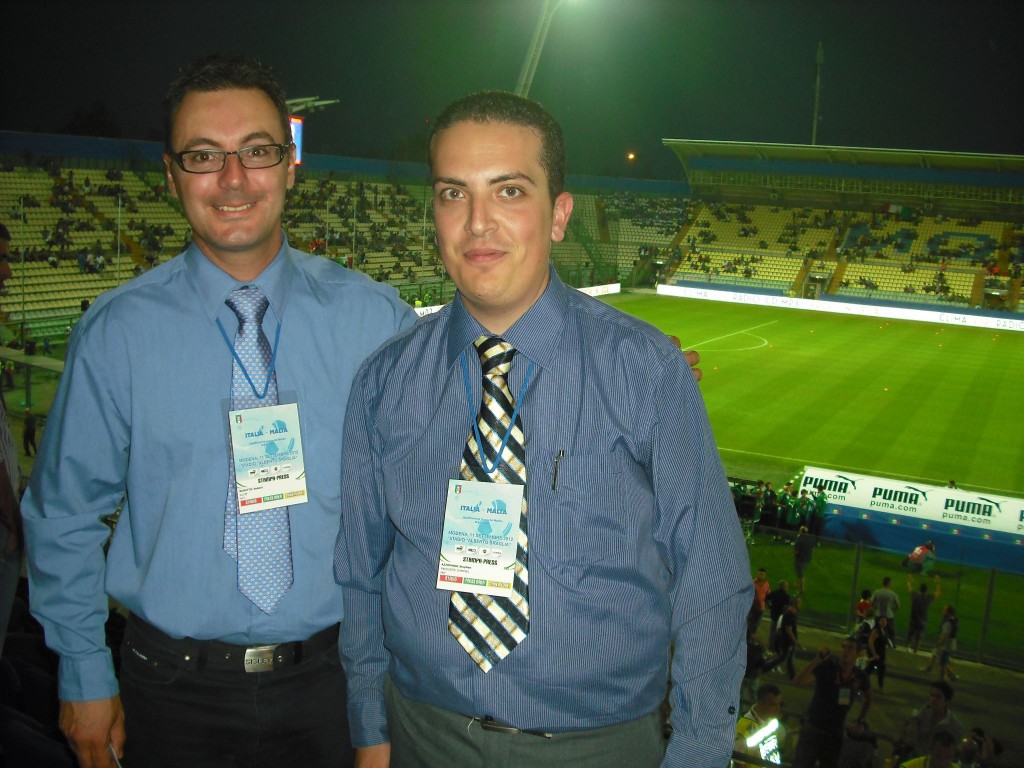 Since he was a child he used to watch all the World Cup of Football’s matches and paying attention to what the Italian commentators say.  At school during break time he cheered his friends imitating these commentators.  After all these years now he has become a commentator himself.

Stephen started commenting futsal for Melita’s channel Malta Stars during the last season.  This was his first experience with futsal and soon got used to the rules.  He enjoyed doing it last season and will do it the coming season as well.

His career in sport journalism started in September 2011 as a sportscaster with Favourite Channel.  Six months later he joined Malta Stars and started as a touchline commentator during premier football matches.  In September 2012, he reached the apex of his career when he went to Modena reporting the Maltese national  football team’s match against Italy, valid for the 2014’s World Cup Qualifier.

Nowadays Stephen is proud to be the FMA’s Media Representative together with Robert Busuttil.

Robert, a teacher by profession, started his journalistic career nearly two years ago when he commented Premier League football matches for a community radio. Three months later he joined MediaToday as a sports journalist for Illum. In the meantime he was also recruited by Favourite Channel as a sportscaster. Then he joined Melita Sports and started commenting local and international football.

His highlight as a sports journalist was when he reported the World Cup Qualifying match between Italy and Malta in Modena for Media Today and Favourite Channel.

In February 2013 he started commenting futsal matches for Malta Stars. It was the first contact with this sport and he soon got used to the rules and regulations of the game. He considers himself as enthusiastic during his commentaries and gets easily carried out with the match.

He is currently employed as a sports commentator with PBS and contributes mainly in football and boxing events.

Alongside with Stephen Azzopardi he will be serving as FMA Media Representative.