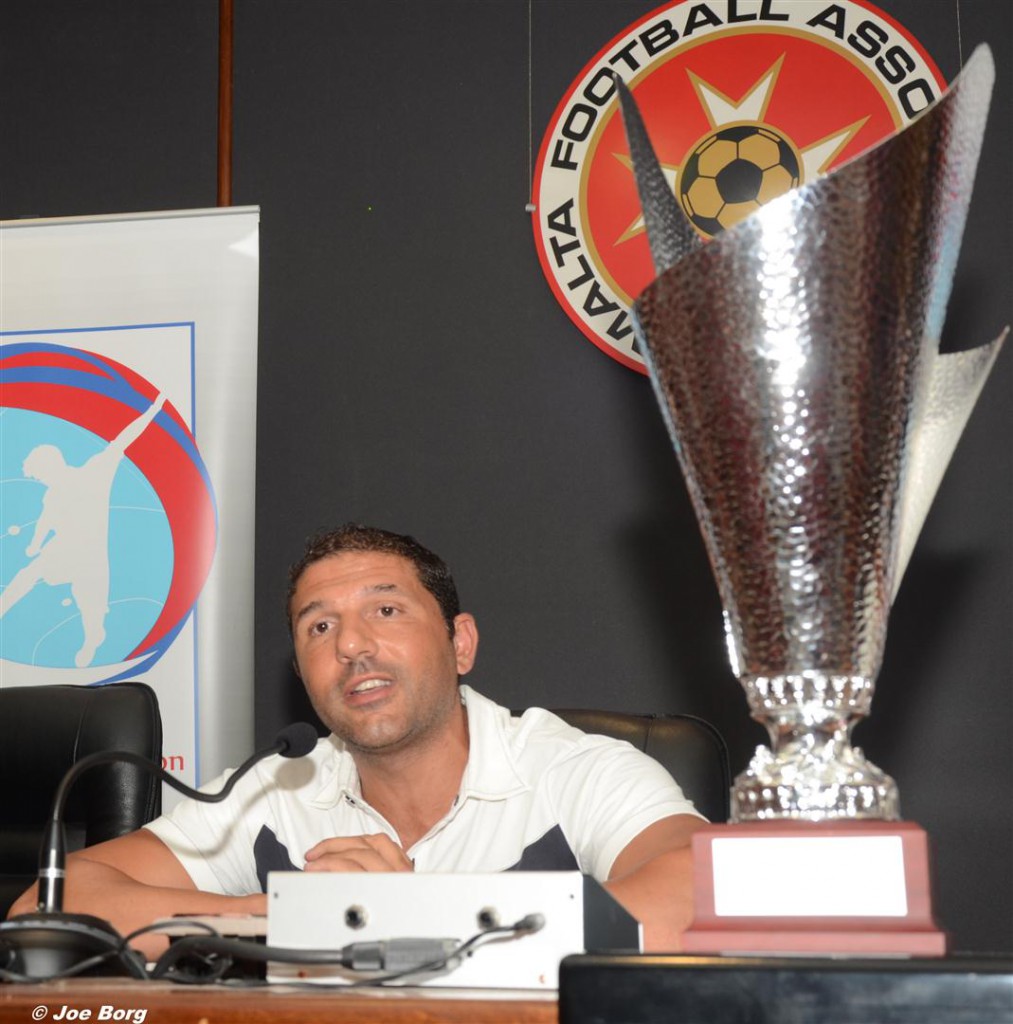 The press conference was introduced by FMA President Mr. Donald Spiteri, who gave a brief account of the first phase of the setting up of the new futsal association and the application as member association with the Malta Football Association.  The strong positive relationship with MFA has immediately yielded results with the futsal association being approved unanimously by the higher organs of the MFA and with financial support for the Corradino Pavilion already secured.  For this Mr. Spiteri thanked MFA, especially Mr. Bjorn Vassallo and Mr. Norman Darmanin Demajo.

Mr. Spiteri went on to describe the association’s vision for the future, starting with the  introduction of futsal at grassroots level up to the introduction of an under 21 National Team.  However a lot still needs to be done, such as the provision of more venues which is currently a major issue.

Perit Mark Borg, FMA Vice President, went on to highlight the main achievements of the Association, namely the FMA organizational structure established by the newly approved Statute, giving power back to the club council members, as well as the amendments to the Competition Regulations, which includes innovative rules such as the increasing the limit on player registrations, amalgamation with member clubs, utilization of member club professional players, no limit on registration of foreigners (maximum three players on official line ups), adoption of home grown player concept, etc. Perit Borg, emphasized that the major milestone is however the acceptance by MFA that all amateur players are free to play with any club of their choice.