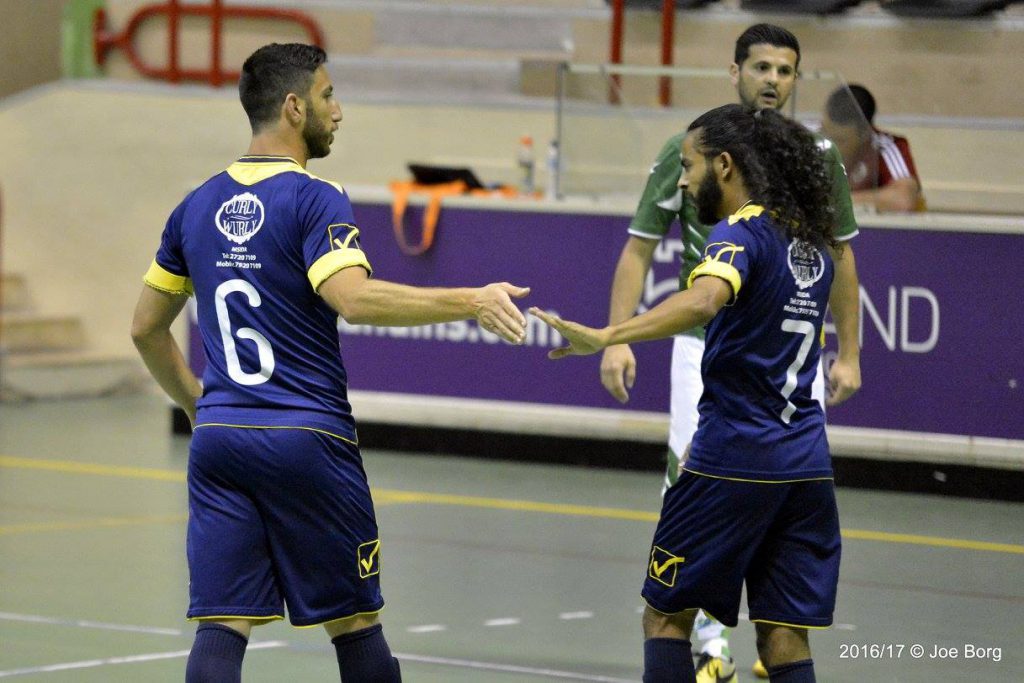 ROBERT BUSUTTIL
George Frendo marshalled his team to victory as he helped Msida to see off Qrendi 14-2 and maintain the chase after leaders Sliema Wanderers.
The Seasiders, who are assured of a place in the last four play-offs, produced a commanding performance against a side that had few spaces conceded to produce a reaction.
Frendo opened up his goal scoring spree to five goals as Mohammed Elamari netted a poker.
Chris Cutajar scored a brace while Armando Gjepali, Floren Manea and Ricardo Ortega Toro were also on the mark.
Mriehel ESS were held 6-6 by minnows Zurrieq Wolves in a very entertaining match.
More was expected from Mriehel as they failed to capitalize several occasions at goal with Zurrieq battling hard and reacting swiftly to obtain a merited draw.
Ayoub Ahmed hit the target three times while Marwan Terlisi scored a brace.
Eslam Khalifa scored Mriehel’s last goal to salvage a dramatic point against a surprising Zurrieq side.
The latter had returning player Russell Camilleri their main protagonist when he scored four goals while Nicolai Damato and Alistair Camilleri added to their tally.
Qormi Futsal obtained a precious win to continue their chase for a play-off spot when they saw off Marsascala Construct Furniture 5-1.
They had their nippy striker Ryan Gilmour Cassar putting his name twice on the score sheet while Miguel Alcaraz, James Tabone and an own goal sealed the issue for the Yellows.
Josef Balzan scored Marsascala’s only goal.