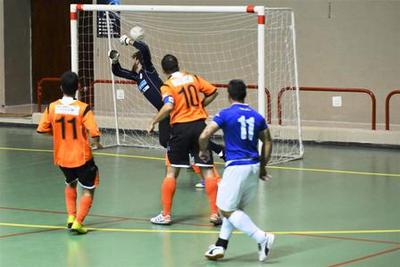 Futsal fever starts gripping tight this week when the 2014/2015 First Division kicks off with the opening round of matches between today and tomorrow.

Siggiewi, Attard, Naxxar, Msida, Mdina, Sirens, B’Bugia, Mellieha, Lija, Qrendi, Mqabba and Luqa will embark on a new First Division campaign determined to get the points on board as quickly as possible to guarantee a positive season for themselves.

Attard, Mellieha, Lija and Mdina are making their official debut this season  while Marsascala, Kalkara, Fgura and Sta Lucia dropped from the futsal scene after participating in last year’s First Division.

Last year Valletta were crowned as promoted First Division champions after a good run of positive matches while Gzira United and Zebbug Rangers joined  them in the two remaining promotion spots.

There will be top teams that will challenge for their main objective to be promoted to the Premier Division. All teams have strengthened their squads with good acquisitions some of them even having a top division experience. This will guarantee a positive season for  the First Division campaign as well as more entertaining matches.