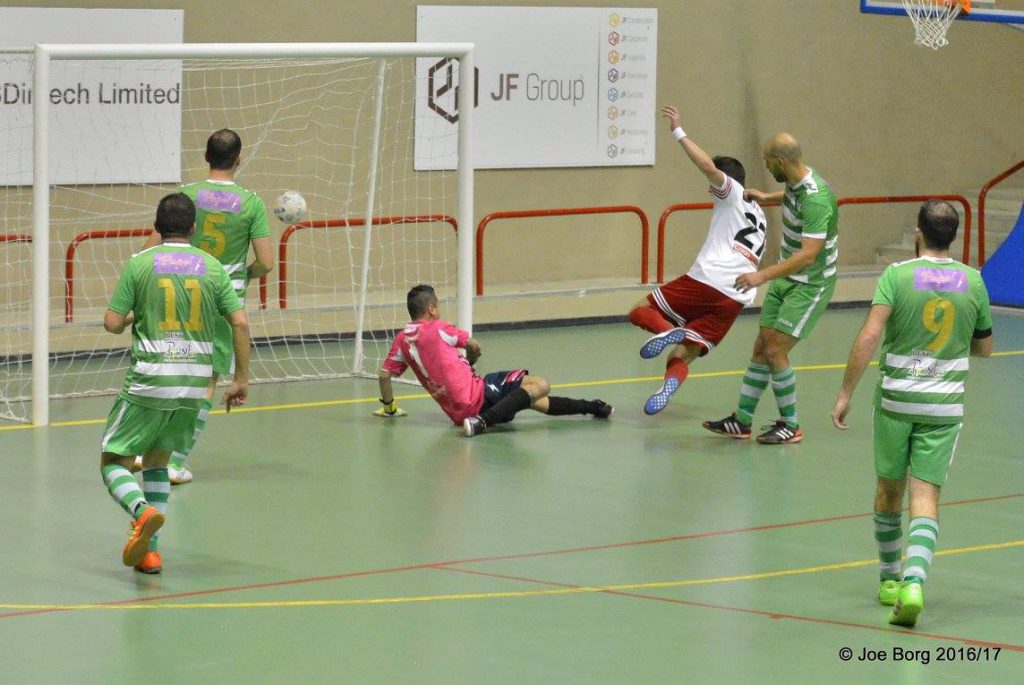 The Universitarians seem to have made it a point to keep the good times rolling on smoothly, as they kept their fifth place through their fifth consecutive win.
Highly spirited and motivated with last week’s win of 6-5 against Msida, they came up against Qrendi 5-1. Qrendi were missing Craig Pickard, while Freddie Mifsud made his fine debut being the first Gozitan goalscorer for UOM Futsal. Leo Muscat broke the deadlock from an assist by Rodney Debono. Consequently Qrendi had an incredible counter attacking opportunity which they failed to capitalize. Later in the first half UOM missed their second goal opportunity from the second penalty spot through Shaun Deguara.
The second half was meant to be the continuation of events for the UOM’s side. It was the time for Andrew Camilleri to make it 2-0 after a splendid assist by Leo Muscat. Djordje Maksimovic increased the winning gap and made it 3-0, after receiving an assist from Rodney Debono. Qrendi came one goal back. Leo Muscat marked his personal brace with a striking goal coming from an assist by Dalziel Bugeja. In the remaining 50 seconds debuttant Freddie Mifsud found the net and sealed the result on 5-1 for the UOM Futsal team.
After securing a significant and consecutive morale-boosting victory, UOM can now focus on their upcoming fixtures with confidence and full of optimism. Despite the fact that this win must be treated as a marker for the club’s success, still the coming fixtures should not be taken for granted.