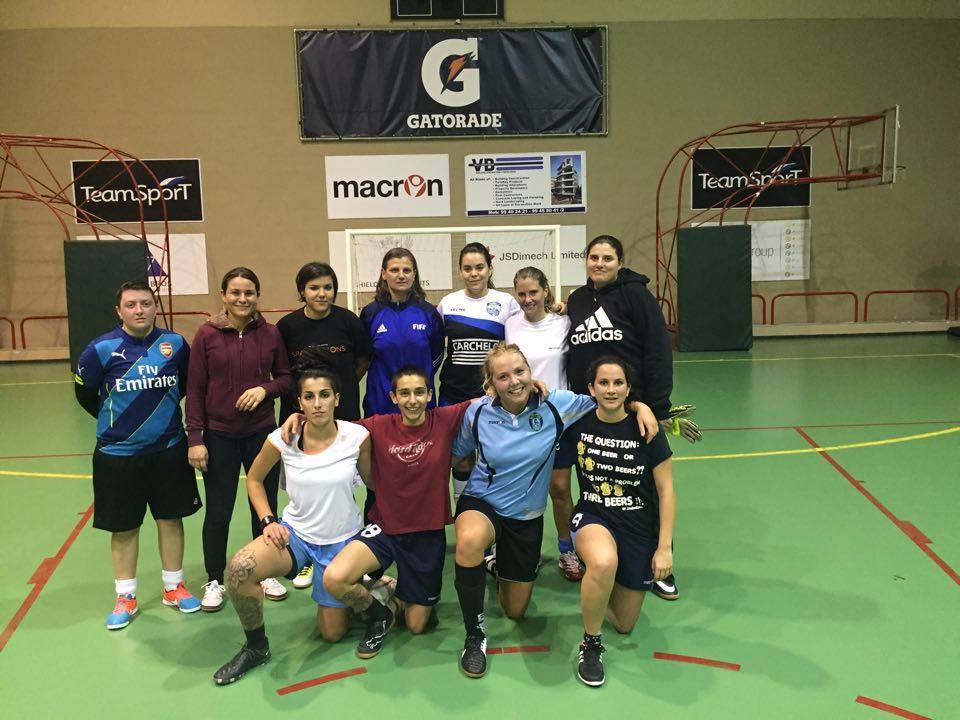 An event involving four female futsal teams was held at the Corradino Pavillion during the annual marathon organized by the Futsal Malta Association in aid of L-Istrina.
Maria Coppola, who organized this tournament, expressed her satisfaction as the girls who participated showed a lot of interest and seemed keen to improve their futsal skills.
“This was a great event for the ladies. We still hope that we could organize a small league for these players as they wish to enhance their knowledge in this game.”
Coppola believes that futsal can improve a lot of skills such as ball control and passing. It can be a good stepping stone to play 11-a-side football.
The idea of a first official women’s futsal league is still in the pipeline as Maria Coppola still hopes that this dream will finally come true.