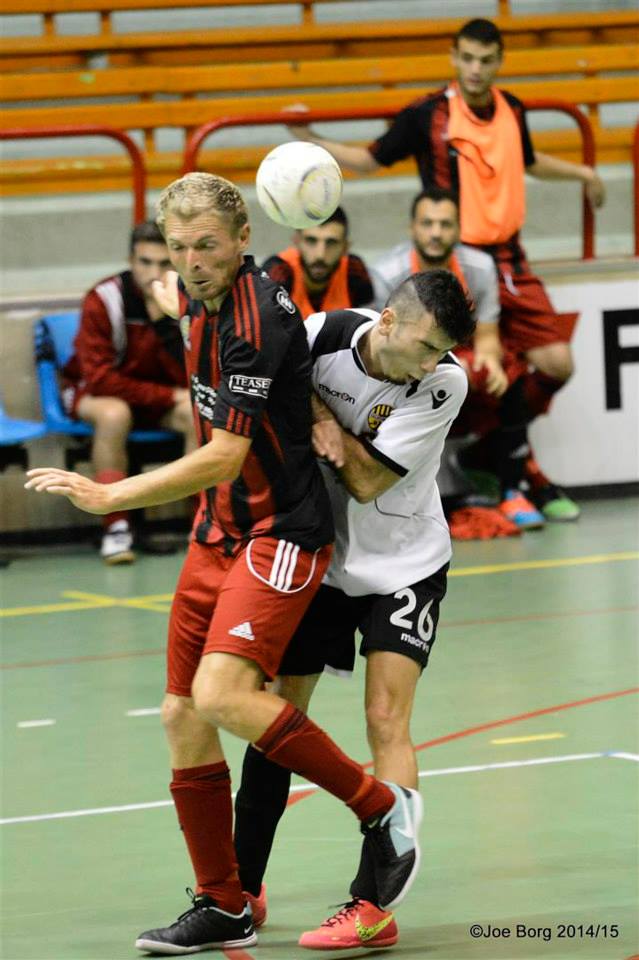 Eight teams seek a place in the semi-final of the Knock-Out competition as four quarter-final clashes will be played between today and Monday at the Corradino Sports Pavillion.

The side coached by Boycho Marev is burning with desire to make amends for their recent disappoinments in the league, especially after losing their last outing against Qormi 5-1.

Even Gzira are struggling for consistency in the Premier Division as they lie second from bottom losing 9 of their 10 matches played so far.

The Maroons have knocked-out Naxxar Lions 7-4 and Siggiewi 4-2 in the previous rounds.

They have already met in the league with Balzan beating Gzira 8-2.

In another match at the same venue, Valletta take on Swieqi in a clash between two Premier Division clubs (kick-off 21.30 hrs).

Swieqi are currently fifth on 15 points in the championship while the Lilywhites lie in sixth place on 12.

In the previous round, Swieqi eliminated Qrendi 11-3 while Valletta had the better of Sirens 6-0 and Attard 5-1.

In their previous league encounter this season Valletta edged past Swieqi 8-6.

On Monday, Hamrun Spartans will cross swords against Qormi in the most-awaited quarter finals encounter between two teams that are impressing so far in the league.

Both teams are in high-spirits after obtaining precious victories in their last league outings which put them further up in the table.

The Spartans are over the moon as they are only one point from league leaders Luxol after a great performance in the Premier Division.

Even Qormi are passing from a bright patch in the championship especially after their shock victory against champions Balzan.

In the previous round, both sides eliminated teams from Division 1. The Spartans defeated Mellieha 7-5 while Qormi beat Mqabba 8-1 and Mdina 9-1.

Both teams  have already met in the first round of the Premier Division with Hamrun winning 4-2.

In the last quarter-final clash, Luxol are regarded as favourites to overcome the challenge of bottom Premier Division side Zebbug Rangers.

Luxol are still unbeaten in the league and are fancying a double as they face Zebbug who have lost all the matches played so far.

Luxol have knocked-out Mosta 8-1 while Zebbug qualified automatically for the quarter finals stage.

Luxol have already beaten Zebbug 13-4 in their previous league clash.