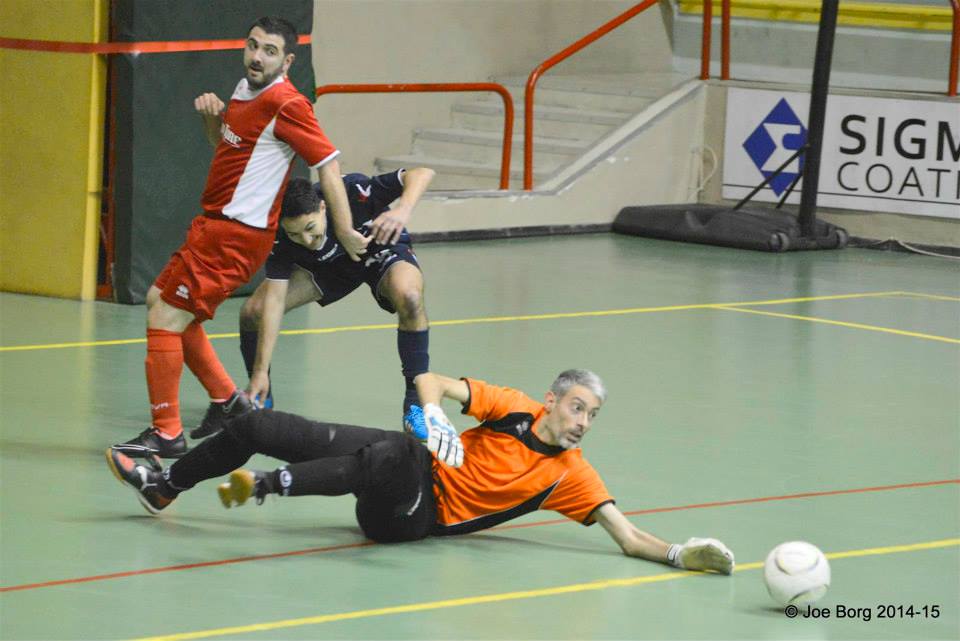 Mellieħa and Lija remained locked together on 42 points at the top of the First Division after both teams won their respective encounters.

Darren Aitchinson added another one for the Northerners.

Lija Athletics emulated their rivals’ success after seeing off Attard 7-2.

Nicola del Re helped himself to a hat-trick for the Athletics with the other goals coming from Zeljko Anicic, Aleksandar Ribic, Floren  Manea and Redeemer Borg.

Mdina Knights continued with their good form of late as they overcome the stiff opposition of Qrendi 6-2.

Despite the scoreline the match was a balanced encounter with Mdina Knights taking advantage of good counter attacks and scoring goals through a brace by Cleavon Portelli, Emerson Bonello, Andrew Camilleri, Paul Saliba and Randall Vella.

Alan Zammit and Fabian Vella were on the mark for Qrendi.

Although they still lie at the bottom of the table, Birzebbuga produced a mammoth comeback after being 4-2 down before the break.

A hat-trick by Etienne Rodo, Steve Falzon and Paul Cumbo put Mqabba on the driving seat.

But a great reaction by the Southsiders enabled them to clinch their first victory of the season.

Mqabba had the chance to grab the draw but B’Bugia keeper Jean Paul Mercieca saved a penalty to deny them of at least a point.