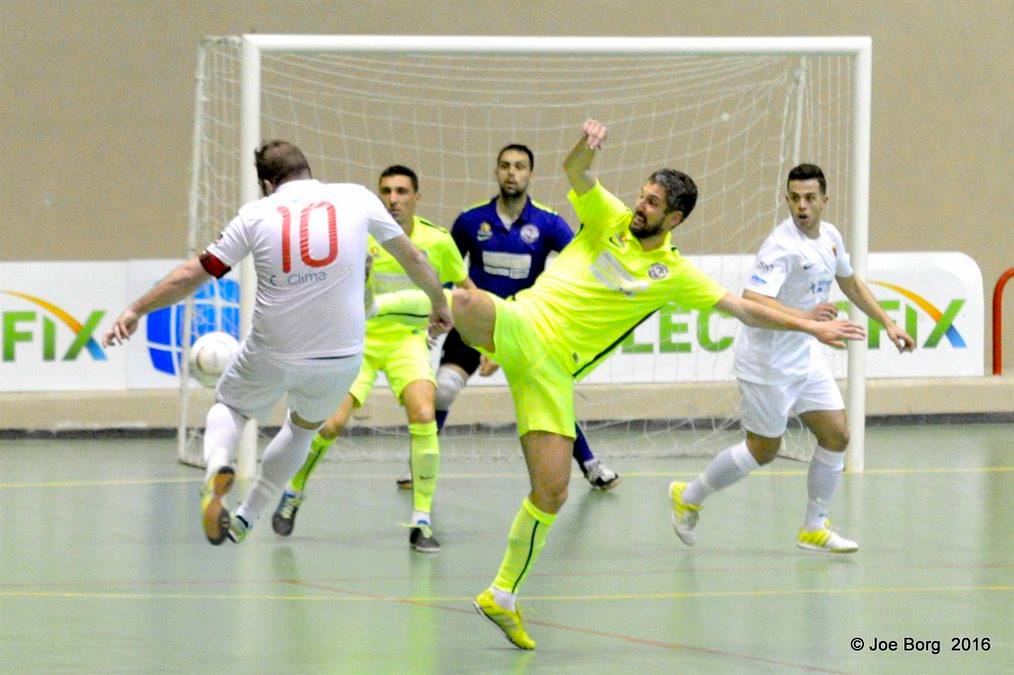 Now that the classification in the Gatorade Futsal leagues has been defined, the real tussles to determine the champions in the two categories will take off during this week.
Hamrun Spartans and Luxol face some daunting tasks as they face Lija Athletic and Valletta respectively.
These teams will be involved in the first of a two-match series of play-offs tonight, hoping to proceed to the final.
In the first match to be played at 20.00, Hamrun cross swords with Lija Athletic.
The Spartans, who finished first in the Gatorade Elite Round standings certainly showed the best futsal during this season as Brazilians Michel, Madson, Rodrigo and Raphinha were the main protagonists behind their success.
Raphinha is the league’s top scorer and certainly Lija’s defenders will try to deny him the joy of goal.
The Athletics invested a lot at the beginning of the season and succeeded to fulfil their objective to place among the top four of the league.
They can rely on the likes of Iranian international Ebrahim Massoudi, Spanish Chavi Montes Burgos and Albanian Endrit Kaca who inspired the Athletics.
Nicola del Re and young Chris Cardona on their day can be a great menace to the Spartans’ defence.
In the previous rounds, Hamrun won both encounters 4-1 and 5-3.
In the second play-off semifinal, Luxol and Valletta face each other in a predictably balanced match.
After losing their last league encounter with Hamrun, Luxol will be relishing the prospect of ending Valletta’s play-off hopes not only to advance to the final but also to banish the memories of their 7-2 league upset to the Citizens in February.
The good performances shown in their training camp in Poland a week ago went some way towards restoring optimism in the St Andrews clan after the Hamrun setback.
Luxol will be hoping that attacking trio Alves, Azzopardi and Barbosa will be in fine form to upset the Lilywhites.
The latter possess an experienced squad as Jovica Milijic, Xavier Saliba and Mohammed Elamari look to emulate their past successes with their former clubs.
In their previous encounters, Valletta won 7-2 but in the second match Luxol saw off the Citizens 4-1.
A sizeable crowd is expected tonight at the Corradino Pavillion as the best teams in the local futsal hope to get a step closer to the final.