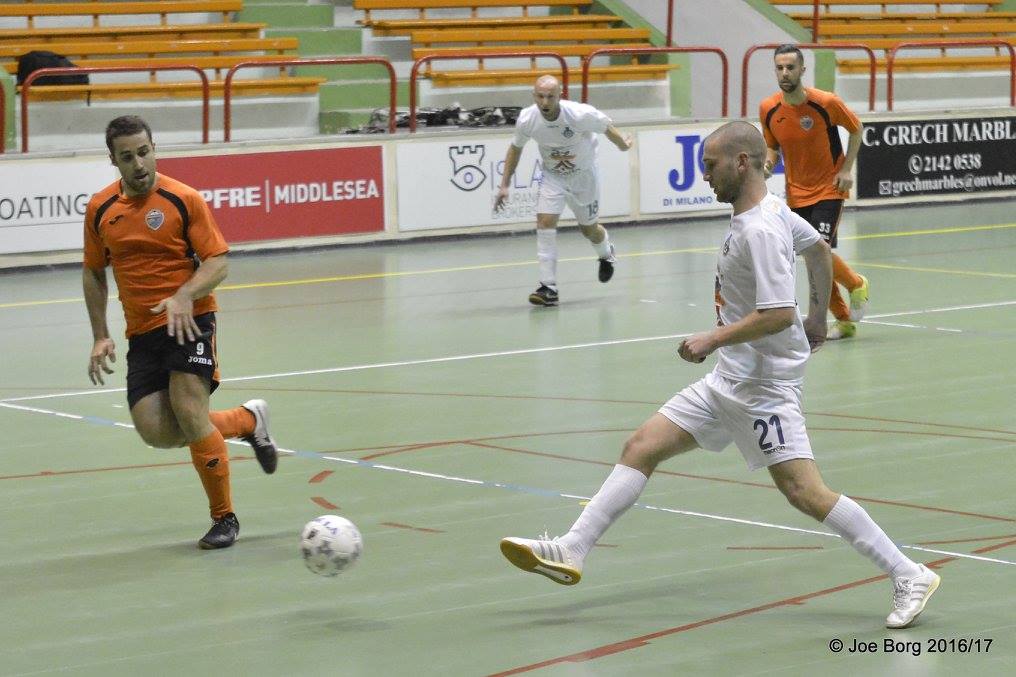 STEPHEN AZZOPARDI
Sliema continued with their positive trail, this time with a win against Marsascala Construct Furniture 11-7. Despite the fact that Marsascala had a positive start with three consecutive chances, Sliema scored twice in a matter of seconds. The first half, which offered a tight battle for both teams, ended 5-2.
Sliema fought back through a number of other goals during the second half but Marsascala kept strong and responded back keeping a tight score. In the final four minutes Marsascala were only one goal behind Sliema and missed the equalizer when Franklin Abela hit the upper post. Sliema’s fatal counter attacks led to three more goals which faded Marsascala’s hopes to get any points.
Sliema’s Radovan Duric had a poker, while Alexander Ribic, Nikolay Filipov, Jurgen Mifsud, Mauro Busuttil, Uros Markovic, Adam Wingfield and Darren Aitchinson scored a goal each.
Marsacala’s scoresheet was made up of braces from Justin Mifsud and Denzil Pisani, together with more goals from Reuben Degabriele, Franklin Abela and Angelo Dimech.
Later on Thursday night, Mriehel ESS obtained a dramatic draw of 7-7 against Msida SJ. In the last minute Mriehel ESS turned the result from 7-4 to 7-7. Msida were comfortably leading through braces from Chris Cardona, Liam Cachia and Mohammed Lamari, together with George Frendo’s goal.
Mriehel ESS replied with braces from Marwan Telisi, Essa Benatiya and Kamal Egdeli, together with Faisal Alnakua’s goal.