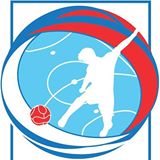 A meeting  between the club members and the executive committee of the Futsal Malta Association was held yesterday evening at the main hall of the Corradino Pavillion.

The meeting was presided by Timothy Gingell, a member from Mosta Futsal Club.

All the other members gave their views and opinions about some current issues.

During this cordial meeting,  the FMA executive members accepted and appreciated the trust given by club members.

The former listened attentively to the points discussed and gave their reactions.

Furthermore the executive committee will evaluate and decide whether  to maintain their respective positions within the FMA for the following season.

In the meantime , the disciplinary board met to discuss last Friday’s incidents during the semifinal play-off between Hibernians and San Gwann.