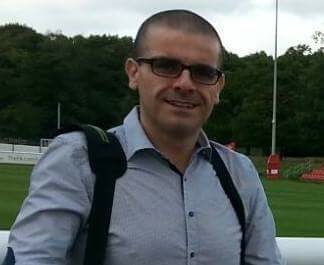 Following the nominations for the post of General Secretary, only one nomination was received. The Futsal Malta Association can officially declare that Mr. Claudio Azzopardi is the new General Secretary.
Mr. Azzopardi, who hails from Ħal Lija, has been involved in football for the last twelve years. He gained experience in the field of youth coaching following spells with Lija / Iklin Nursery and Pieta` Hotspurs Youth Nursery. He works at the National Sports School, and is in his final year for his Degree Bsc in Sports and Active Lifestyle. His knowledge and experience along these years will help to raise the association standards and will be a main contributor to promote the futsal game.
Claudio’s vision is to establish Futsal as the preferred version of five-a-side football in Malta and to increase / sustain participation at all ages and ability levels by promoting and developing the game as a complementary format of football within the football family.
Claudio will aim to increase the awareness of futsal by promoting the game and creating quality resources to introduce the game. Introduce futsal at all levels of the game from children to adults through the implementation of quality grassroots futsal programmes.
Increase the knowledge of futsal among the wider football family through the creation of education programmes for players, coaches, referees and administrators.
Develop an administrative structure capable of implementing and servicing the above objectives.
We wish Claudio Azzopardi most of luck and welcome him in the futsal family.