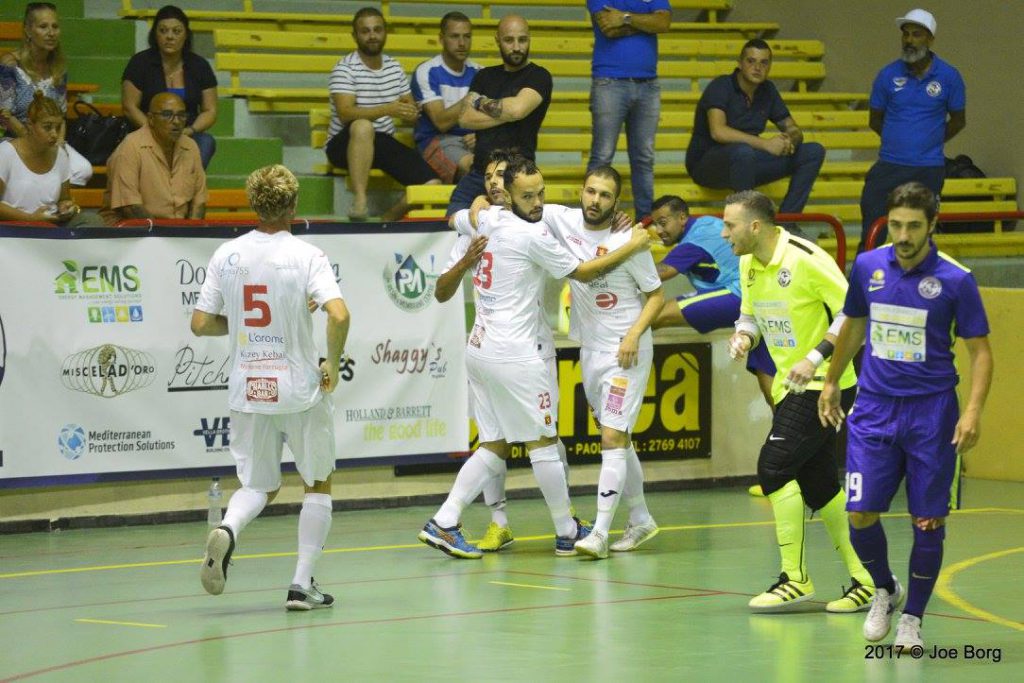 ROBERT BUSUTTIL
Valletta and Hamrun are the finalists of the Gatorade Knock-Out competition after eliminating their respective opponents in the semifinals played yesterday at the Corradino Pavillion.
Valletta made sure of the final after ousting holders Luxol 7-2 in the last four of the competition.
During this semifinal, the Citizens had an axe to grind. This was the seventh meeting between the two rivals this season and, to the Lilywhites’ obvious discomfort, Luxol won four of the other six matches played.
The St Andrews outfit had already wrestled the league crown off the head of Valletta four days before, therefore the latter made their ‘revenge’ against the same opponents with the stamp of efficiency.
Valletta navigated their boat in admirable fashion, making their opponents run into labyrinths, before unwinding with swift balls which invariably spelt danger.
Luxol, so nippy in Friday’s league game against Valletta but with several players missing through injuries, kept running at dead ends and in the final reckoning they should be the first to admit that they went down to a superior outfit.
Indeed, Valletta were worthy winners and now relish the possibility of winning their first honour of the season.
Denis di Maio, Rodrigo Patricio netted a brace while Melvin Borg, Jovica Milijic and Daniel Aguilera were the other goal-getters for Valletta.
Luxol reduced the arrears through Andy Mangion and William Barbosa.
On the other hand, Hamrun had an easy outing as they eliminated Marsascala 10-3.
The game was over as a contest before the break as the Reds surged into a four-goal lead before adding another six in the second half as the Southseasiders were outplayed.
Florin Anton was inspirational for Hamrun as he struck a hat-trick, Cleaven Portelli and Peter Pullicino scored a brace while Alex Ellul, Daniele Degennaro and James Ciangula sealed the issue.
Marsascala’s answered back through Reuben Degabriele, Liam Gauci and Steve Gambin.