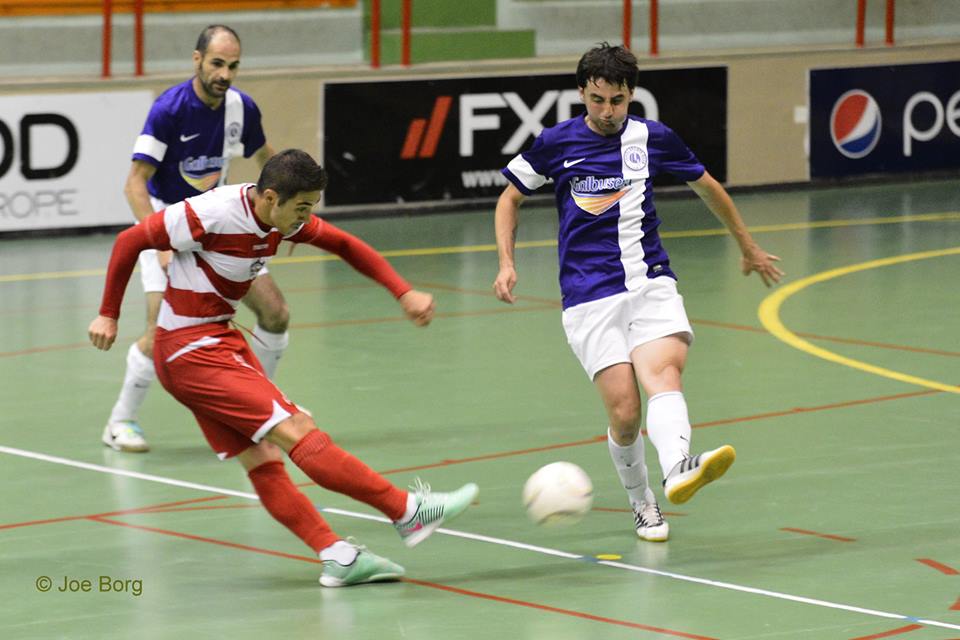 As captain Xavier Saliba said, the Paolites must pull up their socks and show more cohesion and precision to produce a remarkable comeback.

“We need perseverance  and endurance in our play to level the matters during this match. We cannot rush. We have to emulate what we did so far in this campaign. A lot of patience and intelligence are essential if we want to win this match.”

“It will be a difficult match as San Gwann possess a good team which is well trained and defensively organized. They have the advantage of winning the first leg and they will try to pose another threat to our defence. “

On the other hand, Dylan Musu, the San Gwann player, is certain Hibs will adopt an offensive plan.

Musu is overwhelmed by what San Gwann have done so far.

“We were promoted from the First Division last season, our main target was to place among the top eight of the league. We did more than we had bargained for.”

“Giving the first defeat to the Champions is not something common. Now that we have reached this stage of the competition we want to progress to the final.”

Finally Musu praises the coach and all the members of San Gwann FC for their continuous effort.

In the first leg played on Tuesday, Hibernians were a shadow of the team that impressed so much in the league. Consequently this was their first defeat in this competition.

San Gwann, regarded as underdogs before this encounter, showed their best in the first minutes as Denis di Maio scored a brace that confused their opponents. Key players Jesmond Micallef and Xavier Saliba were unlucky to score two own goals.

Hibernians managed to pull one back through David Bobokhidze before half-time until they tried to make a sort of reaction in the second half.

Eventually  the Paolites scored two more goals by the same Bobokhidze and an own goal by  Andy Mangion to reduce the matters for tonight’s second leg.

In the other semifinal, Balzan hold a narrow 3-2 advantage over fellow opponents Luxol St Andrews.


The team led by Gabriel Dobre, in search of their third  trophy this season, will find a determined Luxol side that are eager to produce a comeback to qualify for the final.

Luxol players Florin Anton and Bjorn Vassallo consider Balzan as the favourites to reach the finals but ” being the underdogs sometimes brings some advantages.”

They both think that Luxol have the chance to advance to the final stage after their positive showing in the first leg.

“There is a great atmosphere in our team. We are one united team. We’ve trained hard to achieve great targets. Luxol will give the maximum effort to reach the final. It would be a great gift for what we’ve done during this season,” concluded the Luxol keeper.

Even Balzan’s player Emil Raducu praised Luxol and defines them as a solid and united group.

“They have a good team, some players have experience and it’s normal that it will be a hard game.”

“Now it’s different from the normal league games. Whoever plays better and makes less mistakes will go to the final.”

The Romanian international believes that one goal advantage may be easily reversed by their opponents so they have to be careful and try to win the second leg as well.

In last Tuesday’s match, an evenly balanced encounter took place to the delight of those present at the Corradino Pavillion.

The KO holders opened the score through an own goal by Dean Gera but a fantastic freekick by Luxol’s talisman player, William Barbosa levelled the matters.

Balzan’s nippy striker, Glenn Bonello scored a brace until Basil Emeka pulled one back for Luxol