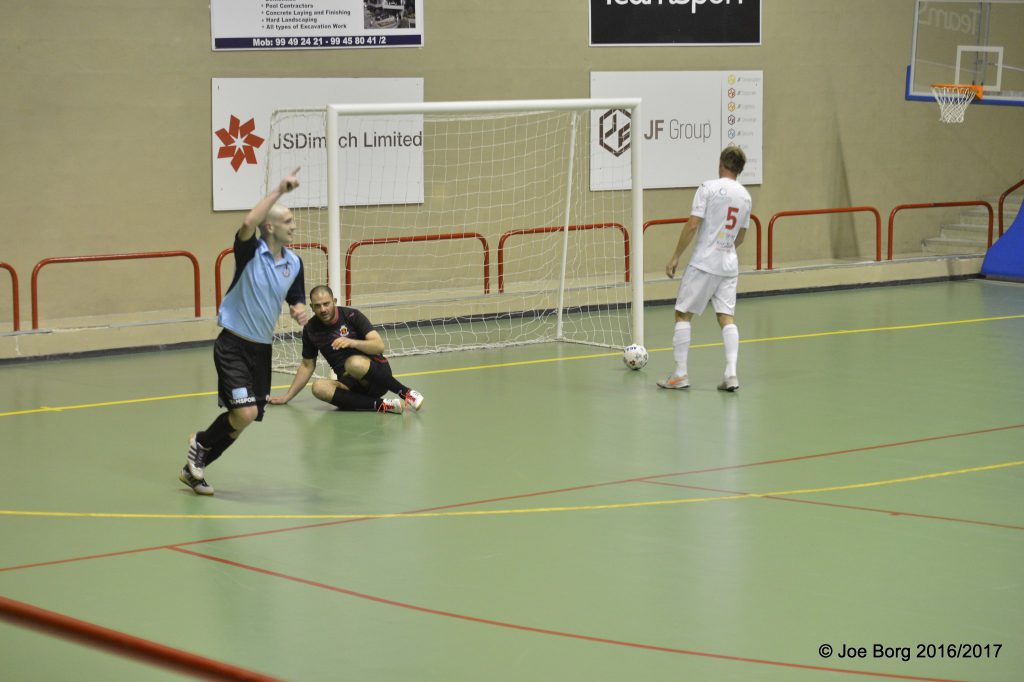 ROBERT BUSUTTIL
Valletta’s aspirations to maintain their positive stride at the top part of the Gatorade Futsal League table were jolted when they were held 7-7 by a determined Sliema side, a result which denied the Citizens the chance to reducing the gap from leaders Luxol.
It was a disappointing night for the Lilywhites who found it hard to contain their opponents who had new Serbian duo Uros Markovic and Radovan Duric a continuous menace to Valletta’s rearguard.
These two new last-minute signings by the Wanderers will certainly help the team climb positions in the table as they showed their mettle during all the match.
Sliema managed to surge ahead to stun the Champions who produced a reaction to level the matters before half-time.
At one point in the second half, Clayton Felice’s boys established a 7-5 advantage but Sliema refused to throw in the towel and at the death they managed to restore parity to gain a well-deserved point.
Sliema had Uros Markovic notching a poker while his compatriot Radovan Duric, Christian Micallef and Nikolay Filipov added more goals for their team.
Valletta, who committed a lot of defensive mistakes, had Brazilian striker Raphinha hitting the target three times while Rodrigo Ticz Patricio grabbed a brace.
On the other hand, Melvin Borg and Daniel Aguilera scored Valletta’s two other goals.
In another match played yesterday, Qormi returned to winning ways after seeing off Marsascala Construct Furniture 6-2.
It was a perfect outing for the Yellow/Blacks who dominated for long stretches and tried to dominate ball possession.
Ryan Cassar was inspirational for Qormi as he netted a poker as Bernard Sciberras and Roberto Sarcia were also on the mark.
The Sea Southsiders scored their consolation goals through Johann Callus and Paolo Caetano.