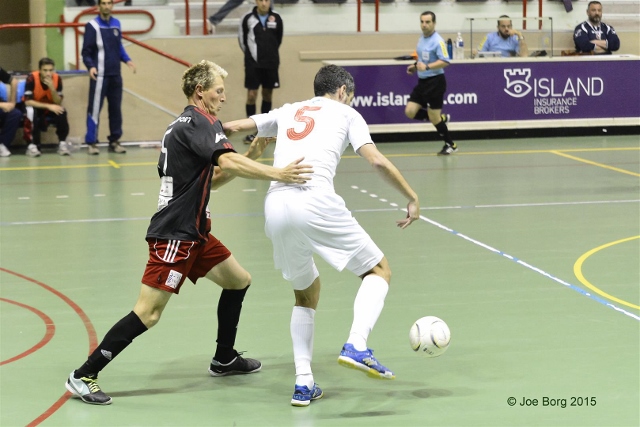 The top four premier teams had to struggle in their respective encounters in the first leg of the playoffs.

The Corradino Sport Pavillion saw a numerous crowd coming to watch both Valletta vs Luxol and Hamrun vs Balzan.

Premiership leaders Luxol had to face Valletta being a very hard team to beat.

Luxol deducted the score through William Barbosa, three minutes before the emd of the first half.

In the second half, Luxol came back aggressively and managed to level the matters with another goal from William Barbosa and from player coach Florin Anton.

In the middle of the second half, Shawn Vella put again the Citizens on the lead.

But in the end, Florin Anton netted three times more giving Luxol a 6-4 win against Valletta.

In the second encounter, Hamrun Spartans came out with a minimal advantage of 7-6 against Balzan.

Hamrun broke the deadlock in the 15th minute through Rogerio Dos Santos Filho and his co-patriot Raphael Felipe Ortiz de Oliveira made them 2-0 in the last minute.

Balzan’s Bulgarian Boicho Marev deducted the score just 2 seconds fron the end of the first half.

These four teams will need to face each other again next Thursday, with the winners making it for the final.