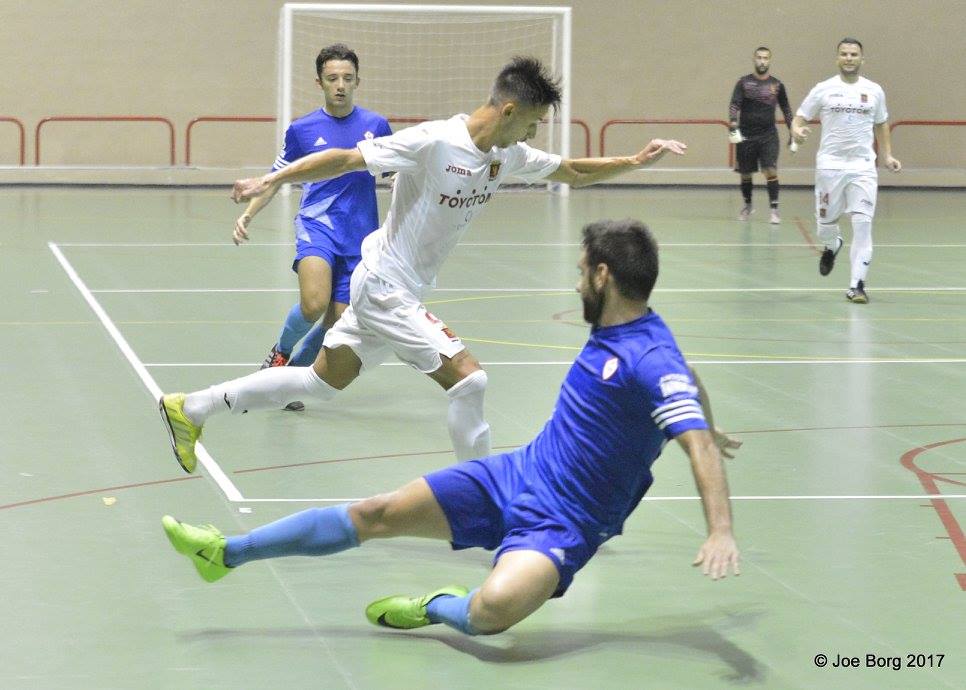 This week of futsal ended up with an amazing challenge between the two top rivals. Both the University of Malta and Valletta were coming from a winning track and they crossed swords to maintain their place on top. Even though the Universitarians stepped down to the second place, they showed great determination as a very organised team.
The Universitarians ended the first half 3-1 ahead of Valletta. Their French debutant Mamad Diab, who played with Etoile Lavalloise Futsal and with the French U21, bagged his first goal in our domestic league. The University’s scoresheet included also goals from Joselito Aguilera, Alex Ellul and an autogoal.
Valletta proudly introduced the Georgian international player Gia Nikvashvili who scored a hat-trick. Denis Di Maio and Shawn Vella sealed Valletta’s fourth consecutive win with the end result of 5-4.
In other matches, Hamrun Tre Angeli were beaten 5-2 by Swieqi United. Pietà maintained their second place in the league, winning 5-3 at Tarxien JMI’s expense. Mriehel ESS grabbed their three points against Swieqi United U21 winning 11-4. Qormi returned to the winning trend beating Junior College with the end result of 9-3. While Champions Luxol who returned from their motivational experience in the Uefa Futsal Cup’s Main Round, thrashed Marsaskala for 18-0.