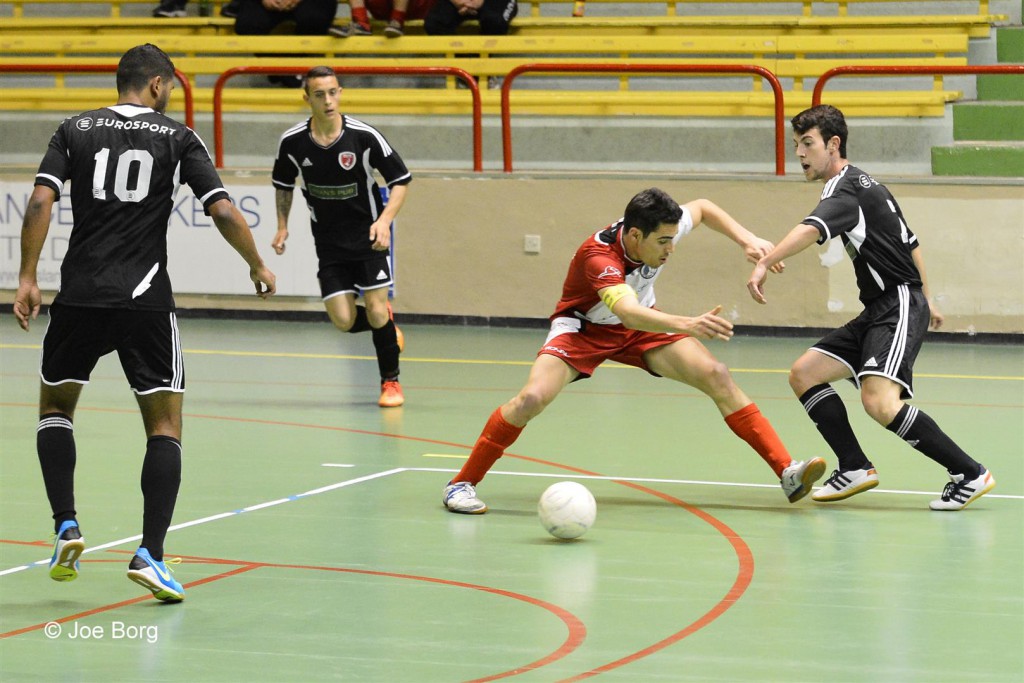 Birzebbugia turned defeat into victory after they fought back from two goals down to defeat Melita 8-5. Furthermore, this win helped the Southsiders to advance more in the standings as well as leapfrogging  their opponents.

Melita gain a double advantage but Birzebbugia came back 3-2.

1.50 minutes before half-time, the referee dismissed a Melita player for some remarks and two yellow cards.

Birzebbugia took advantage and made it 4-2 before the interval.

In the second half, Melita, who were without the injured Michael Martin, started better and hit the post twice.

Luck was not on Melita’s side as Birzebbugia scored twice from two counter-attacks to make it 6-2.

The latter side controlled the proceedings to score two more goals with Melita replying late in the match but it was still not enough.

At the very last second of the match, Jairo Cueto scored for Melita but the goal was disallowed by the  referee.

A hat-trick by Rudy Alinho,  Edwin Gauci and Andre Mifsud  were the scorers for the St Julian’s side.


Meanwhile Luqa produced one of the best performances during this season as they defeated knock-out finalists Vittoriosa Stars 6-3.

The team led by Alex Falzon had their inspirational player Chris Cardona in fine form as he produced a superb performance to help his team gain the three points at stake.

Luqa gained a 2-1 advantage before half-time. Vittoriosa tried to get back but their opponents’ defence, solid as a rock, rarely gave them opportunities to advance furthermore.

The Cottonera side played the flying goalkeeper but in an instance, Luqa keeper Clint Mifsud took advantage and scored his side final goal.