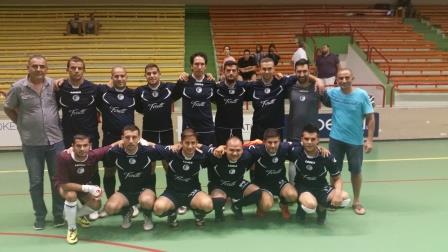 Following a radical change in administration, Birzebbuga St.Peters started their new adventure from the First Division after placing second in last season’s Premier Division Section B. During the pre-season the management tried to enhance the squad with some new additions mainly from Marsaskala Futsal.
Goalkeeper Dwayne Grech together with Godfrey Cutajar, Mark Anthony Psaila and Ronnie Celeste joined the squad to practically strengthen all areas of the field.
The management also had the addition of Silvio Mifsud, veteran player, as one of the coaching staff joining Paul Saliba who managed the team last season.

The first encounter has given an indication to the team of how they stand and what the focus should be during this season.
A lively and intense match against Attard opened the season and has proven that there will be tough competition for everyone this year for the top spots in the division table.