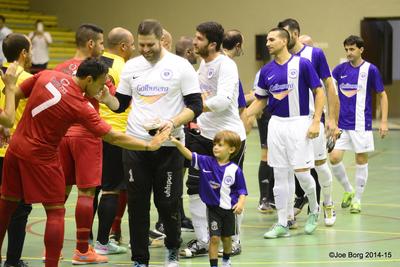 It may be considered as the local ‘Clasico’, the encounter between Balzan and Luxol. Both sides meet tonight (kick-off 20.30 hrs) for the best-out-of-three Gatorade Futsal Premier League play-offs final at the Corradino Pavillion.

These three important clashes are expected to be a real title show-down for all the Maltese futsal followers.

Both teams will also face each other in the Gatorade Futsal Knock-Out competition, to be played later on this month.

Luxol, who won 15 out of 18 matches, boast the best attack with lethal striker William Barbosa and Brazilian Celino Alves in fine form.

They had a comfortable qualification for the final after imposing themselves on Valletta 15-5 on aggregate.

On the other hand, Balzan, who are the outgoing champions, had to sweat hard to see off Hamrun Spartans as they had to go on extra time to obtain qualification for the final 13-11 on aggregate.

Balzan hope that their foreign trio Despotovic, Marev and Janjic will be keen to persist with their scoring spree against Luxol to retain the title which they had won last year.

Both teams have met each other twice during this season.

Luxol emerged as winners in the first round after seeing off Balzan 11-5. However, the latter bounced back with a 6-3 victory over the St Andrews side in the second round match.

This website contacted both player/coaches Frane Despotovic (Balzan) and Florin Anton (Luxol) who willingly gave us their comments. 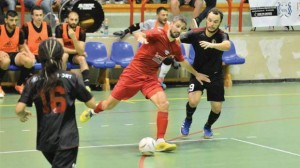 Despotovic was satisfied with his team’s performance during this year and feels happy to play in the final.

“It is always pleasure to play in the final because it is a gift for the hard year of work for us. So we are satisfied that we can enjoy these final legs.
“We are preparing tactically and mentally for these games. Hope we will enjoy on the pitch.
Asked about the hard semifinal against Hamrun Spartans, Despotovic was optimistic.
“Our mentality after the semis thriller is on a very good level because we realized that we can go back from the hard situations which is very important in sports.”

When asked about Luxol, the Croatian international showed a lot of respect towards his opponents.

“Statistics speak about Luxol this year. They are playing very well in both directions, attack and defense. They were the best team in regular season but they have to prove that they are the best in the playoffs. We are respecting them but we will try to win.” 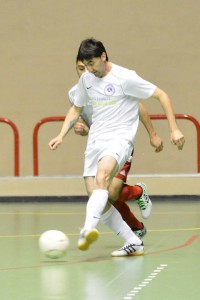 On the other hand, Florin Anton was concentrated ahead of these important matches.

“This is the most important game of the season. We worked hard to earn it and we’re preparing every single detail. We are training everyday and emphasizing on a lot of tactical training.”

Anton is happy in his second experience as player-coach with Luxol, who kept the core of their team from last season.

“We are a united group with the president, players, team manager and all the committee who have been together for the last two years.”

“If we win this will be the first time that Luxol will compete in the UEFA Futsal Cup.”

Asked about his opponents Anton is cautious.

“Balzan is a very good team with a lot of experience and start as favourite to win the league.”

The match between Luxol and Balzan will be played on a best-out-of-three match format. Each game played should have a clear winner. If a game ends on a draw after playing the normal time, penalties will be taken immediately after, to determine the winner of the game. If the same team wins the first two games successively, that team is proclaimed champion and the third game is not played.