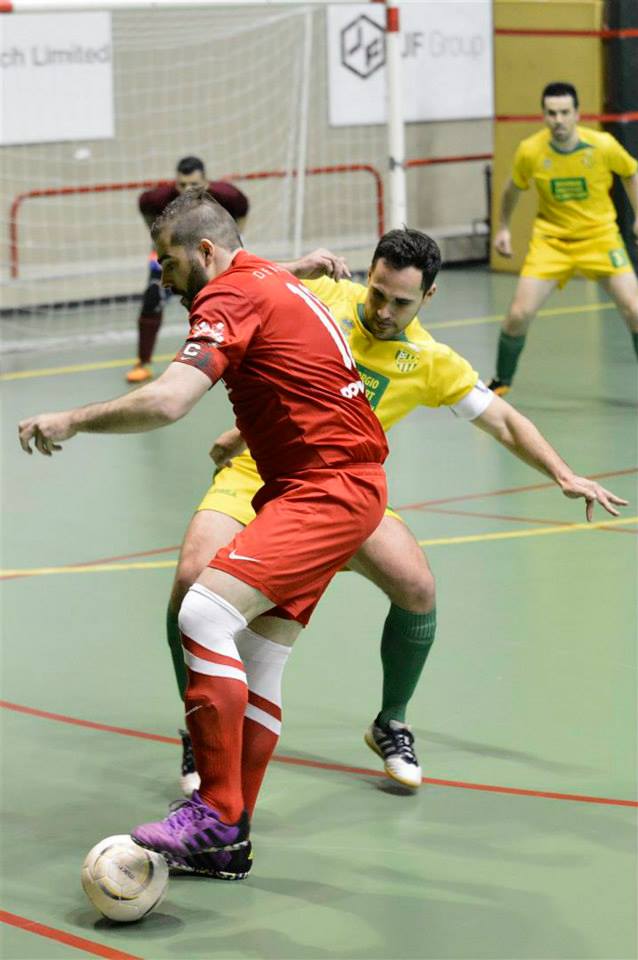 Balzan inflicted the first defeat on league leaders Luxol ahead of the final play-offs to be played this week as another round of matches from the Gatorade Futsal Premier League was played at the Corradino Pavillion.

It was a deserved victory for the in-form Balzan side, against Luxol who threw away a double advantage after having to endure their opponents’ attacking display side.

This was Balzan’s sixth consecutive win that boosted their morale for their upcoming fixtures against Hamrun in the play-offs semifinal.

Balzan forged ahead after five minutes through Slobodan Janjic but George Frendo equalized before the break.

As the match resumed, Luxol took a double advantage with Brazilian duo William Barbosa and Celino Alves hitting the target to make it 3-1.

Despite this double blow, Balzan regained composure as their player-coach Frane Despotovic came to the fore and netted a quick-fire hat-trick to push his team forward.

The champions were now in full command and added two more goals from Marco Conti and Glenn Bonello to rubberstamp an important victory for their team.

Valletta ensured themselves of a play-off spot after seeing off Zebbug Rangers 11-4 with the latter mathematically relegated to the First Division.

Javier Montes Burgos, Denis di Maio, Xavier Saliba, Fabio Bandeira and Melvin Borg were among the scorers for the Lilywhites.

Hamrun were awarded a 3-0 walkover victory over Swieqi while Qormi defeated Mosta 3-2.